Corn Exchange Newbury have announced the cast for Cinderella, its Christmassy pantomime which runs throughout the festive period.

Helmed once again by comedy writing team Plested and Brown, Cinderella promises to be fun for all the family with plenty of jokes, songs from across the decades and lots of magic and sparkle!

Returning to the Corn Exchange after last year’s Aladdin, Susan Harrison (Showstopper! The Improvised Musical, Peter Pan Goes Wrong) is back to give audiences plenty of opportunities to boo and hiss as she plays one of the Stepsisters alongside Ali James (Showstopper! The Improvised Musical, Tell Me On A Sunday), and Justin Brett (Million Dollar Quartet) joins the company as Lady Barbara Hardup.

Jade Johnson (The Book of Mormon) will be spreading a little magic as the Fairy and Billy Roberts (Nativity the Musical) will play Prince Charming’s trusty servant. Completing the cast are Jordan Benjamin (Hairspray, London Coliseum) and Rachel Breeze (The Best of the West End).

Cinderella is written and directed by Plested and Brown, who are Clare Plested, Adam Brown and Amanda Wilsher. They have had Newbury audiences in stitches for the past two years with their fresh takes on the traditional pantomime stories Sleeping Beauty and Aladdin, whose run was sadly cut short last year but lived on as a filmed performance. Joining Plested and Brown in the creative team are musical supervisor Dai Watts (The Seeker), musical director Jordan Paul Clarke (Showstopper! The Improvised Musical), choreographer Holly Hughes (Sasha Regan’s All-Male Mikado) and designer Mark Walters (Glitter Pantomimes).

Katy Griffiths, Director of Corn Exchange Newbury, says Pantomime is such a magical time of year for everyone at the Corn Exchange. Plested & Brown have really pulled out all the stops this year, and with an incredible cast to match, I know that visitors of all ages are going to have a ball(!) with us at Cinderella this year.’

Plested and Brown, say, We have a confession… Cinderella is our favourite panto; let’s face it, it’s the godfather (or Fairy Godmother) of all pantomimes! We can’t wait for you to meet our Cinders and her terrible ‘influencer’ sisters; larger than life Lady Babs; the cheeky Deldini and ridiculously handsome Prince (who made a fantastic Newbury debut last year as Joe Wicks). Oh, and not forgetting the Mrs Hinch of the magical kingdom, Fairy Liquid. We’ve had so much fun bringing these characters to life and giving them some fantastic songs to sing – there’s hits for all the family – from The Descendants to Oasis!

We have gathered a magical cast for you who bring comedy, toe tapping songs and plenty of improv surprises! We’re delighted to be working with a fantastic cast including three members of the incredible improv show ‘Showstoppers! The Improvised Musical’ – if you haven’t seen it catch them on tour in the UK or West End. When working with improvisers anything can happen and each show will be unique as they get the audience involved and to create a truly once in a lifetime performance. You’ll be coming back for more!

We also have West End musical theatre performers from hit shows including Mamma Mia and Only Fools and Horses – so be prepared for big voices and big laughs. Come join the panto gang… the clock is ticking and there’s a magical Christmas party to get to! 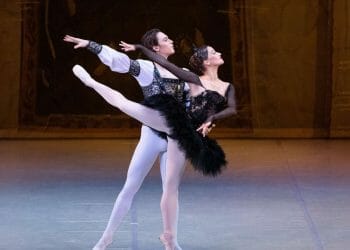 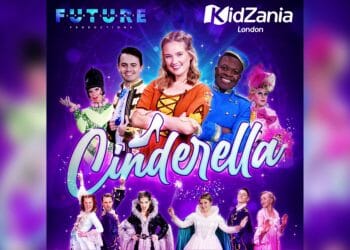 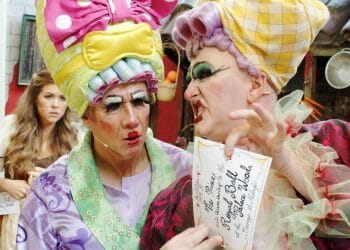 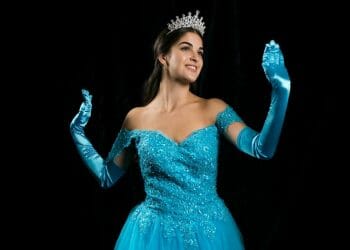 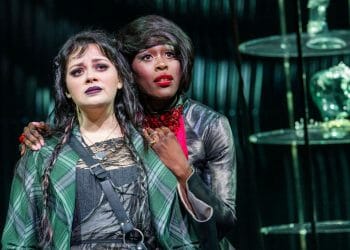