The world-famous musical Bugsy Malone is based on the hit 1976 movie by Alan Parker who’s long catalogue of films have won nineteen BAFTA® awards, ten Golden Globes® and six Oscars®. Packed with instantly recognisable songs from Oscar®-winner Paul Williams including My Name is Tallulah, You Give A Little Love and Fat Sam’s Grand Slam, BUGSY MALONE is a masterclass of musical comedy with one of the most joyously uplifting finales in musical theatre.

Bugsy Malone stars a talented cast of young performers, aged between 9 and 15 as well as adult performers.

The lead roles will be performed by three young casts of seven in rotation.   Bugsy Malone will be played by Shaun Sharma, Gabriel Payne and Amar Blackman, Blousey Brown by Mia Lakha, Delilah Bennett-Cardy and Avive Williams, Fat Sam by Albie Snelson, Isham Sankoh and Charlie Burns, Tallulah by Taziva-Faye Katsande, Jasmine Sakyiama and Fayth Ifil, Fizzy by Aidan Oti, Jamie Northey-Dennis and one performer yet to be announced, Lena/Babyface by Cherry Mitra, Kayla-Mai Alvares and Ava Hope Smith and Dandy Dan by Rayhaan Kufuor-Gray, Kit Cranston and Desmond Cole.

Directed by Sean Holmes (Holmes’ Hammersmith Lyric production of Blasted won an Olivier Award for Outstanding Achievement in an Affiliate Theatre), Choreographed by Olivier Award-winning Drew McOnie, and Designed by multi award-winning international stage designer Jon Bausor, this will be the first ever professional production of BUGSY MALONE to tour the U.K. and star a young company of thirty nine actors (including three teams of seven kids). 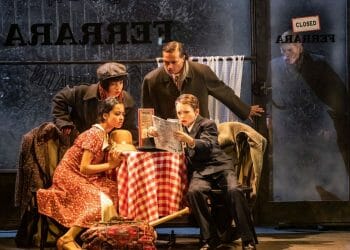 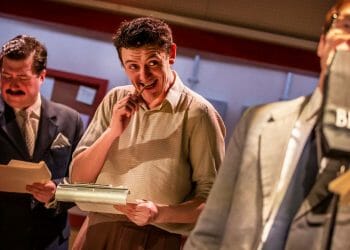 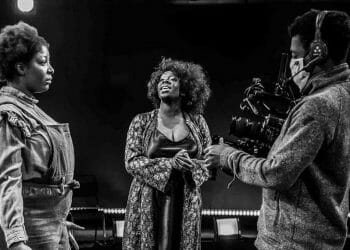 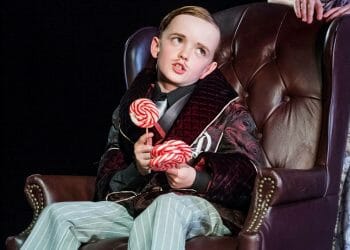 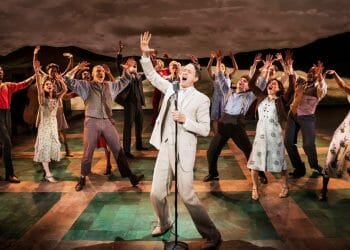