Powerful and poignant new production Stan, commissioned by Z-arts and developed by Art with Heart has announced the cast for their Spring tour.

Developed with the help of over 200 deaf and hearing primary school children from Greater Manchester and written and performed in English and British Sign Language, the production positively demonstrates how we can overcome language barriers, and challenges preconceptions of deafness.

The role of Alex will be played by Alexandra James (Nine Foot Nine, Assembly Rooms, Edinburgh Fringe; Three Sisters Rewired, BBC Radio 4; The Jungle Book, Derby Theatre; The Break – Oh Toni, BBC Three). Alexandra became profoundly deaf when she was one due to meningitis. Her character is from a proud deaf family and despite being socially isolated at school, she is strong, smart, sociable and imaginative.

Alexandra James comments, Alex is important to Stan because she normalises the presence of deaf students in mainstream schools. Alex is a profoundly deaf character who uses a Cochlear implant. She is proud of being deaf, a very strong BSL user and uses speech as well sometimes. Alex is very independent; she doesn’t care about how people look at her when she uses sign language, and she is strong minded as well. She is very different to me. She is exactly the girl who I wanted to be when I was younger.

Ross Thompson (#GetHelp, Tour, Up ‘Ere Productions; Empty Hands music video, PROSE) will play Sam – a happy, dinosaur loving 8-year-old whose world turns upside down after his parentsseparate. Alongside him, the role of Mum will be played by Gemma Green (O Go My Man, ALRA North; Me and My Friend, The Kings Arms; The Confessional, Sticky Floor 2021; Screwed Over, BilFord Films 2015)

Written by Sarah Emmott (Secret Diaries, Declaration), Stan follows Sam as he takes himself off to the far end of the school field, he meets Alex, a deaf girl with a vivid imagination – and an impressive collection of dinosaurs. When things at home become too difficult for Sam, Alex whisks him away on an astonishing adventure to meet the almighty Stan, the gigantic T-Rex at Manchester Museum.

The play will be accompanied by post-performance workshops, an education pack including a video of BSL signs to help hearing and deaf children communicate, three Deaf Awareness training events and a dinosaur object handling box with some fascinating objects from Manchester Museum’s collections. The post-performance workshop will be BSL Interpreted and has been designed with both deaf and hearing children in mind. 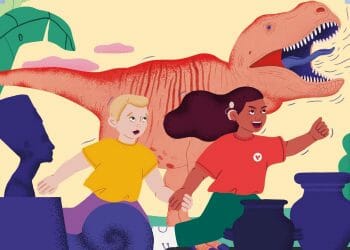 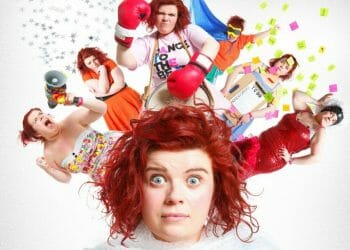 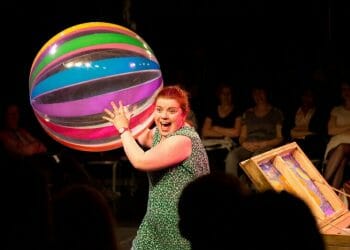