Complicité theatre company’s Artistic Director, Simon McBurney, will be joined online by award-winning writers Karen Armstrong, Amin Maalouf and Esther Woolfson to discuss stories: why we tell them, what they do, and, in particular, the story of how we got to where we are now.

As writers and commentators Karen Armstrong and Amin Maalouf explore issues of identity, society, politics and religion with insight, rigour and clarity of thought. Simon McBurney has been described as an extraordinary mix of actor, auteur and anthropologist. Together, with host Esther Woolfson, they will delve into the past, unpick the present and gaze into an uncertain future to explore the role of storytellers in an era of division, noise and ever accelerating change.

“We live in volcanic times. We are surrounded by more fiction than at any time in history or prehistory but we seem unable now to know which stories to believe in and which are lies.

Theatres are empty, concert halls silent and eleven months on we are still in the middle of a pandemic that has killed more than 1.46 million people on the planet, 58,000 of those in the UK. Not only have 58,000 people died, but we question our leadership, their capacity to listen. Sometimes, compassion itself, seems to have died. So, what is the place of the artist and art in this moment?

Stories and myths, as Karen Armstrong puts it, place us “…in the correct spiritual or psychological posture for right action, in this world or the next.”

So why have we abandoned some stories? And does this mean we need storytellers, artists and writers even more? What can they add to the ocean of stories we are already drowning in?

“The future is written nowhere…you have to write it.” Amin Maalouf

Telling Stories: Truth, lies and the death of compassion will stream live on 8th December 2020 on Complicité’s YouTube 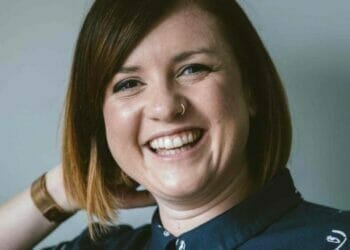