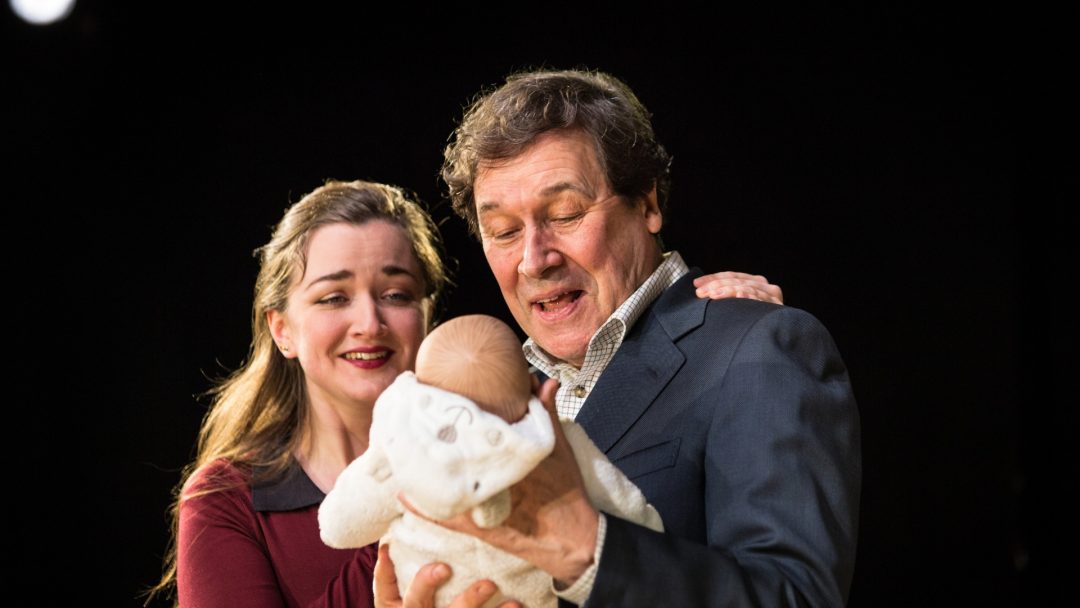 On World Theatre Day, Friday 27 March 2020 the Royal Court Theatre and The Space will make Cyprus Avenue, the film adaptation, available to watch for free on their website, Facebook, Twitter and YouTube pages for one month.

This is the first time the film is able to be seen internationally.

Commissioned by The Space, this film of Cyprus Avenue, by David Ireland, mixes live capture of performance from the iconic Royal Court Theatre stage production with location shooting in Belfast. It was first broadcast on Sunday 15 September 2019 on BBC Four.

Starring Stephen Rea and directed by Vicky Featherstone, award-winning Cyprus Avenue was originally produced by the Royal Court Theatre, London and Abbey Theatre, Dublin before touring to The MAC in Belfast and the Public Theater in New York.

Eric Miller is a Belfast Loyalist. He is experiencing a psychotic episode and mistakes his five-week old granddaughter for Gerry Adams. Generations of sectarian trauma convince him that his cultural heritage is under siege. He must act.

The Royal Court Theatre is the writers’ theatre. It is a leading force in world theatre for cultivating and supporting writers – undiscovered, emerging and established. Over 120,000 people visit the Royal Court in Sloane Square, London, each year and many thousands more see the work elsewhere through transfers to the West End and New York, UK and international tours, digital platforms, residencies across London, and site-specific work. Through all the work the theatre strives to inspire audiences and influence future writers with radical thinking and provocative discussion. The Royal Court is pleased to be able to offer an international audience the chance to see Cyprus Avenue.

The film adaptation was commissioned by The Space and produced for BBC Four by the Royal Court Theatre. It was Executive Produced by Lucy Davies, Jane Featherstone, Barbara Broccoli and Michael G Wilson.

The Space to Return for Live Performance from October

Royal Court Theatre: A Credible Plan for a Just Transition to Carbon Net Zero Through 2020 and March 2020 Events