Following last week’s cast announcement, more details are today revealed about the immersive theatrical adventure Doctor Who Time Fracture. David Bradley and John Barrowman, both well loved by fans of the Doctor Who TV series, are reprising their roles as William Hartnell’s First Doctor and Captain Jack Harkness respectively in pre-recorded cameo appearances for the immersive show and both have expressed their delight at having been approached to be involved.

David Bradley said: ‘This is going to be something really special. Anyone who sees the show who is not a Doctor Who fan when they go in, surely will be when they come out! It’s going to be an amazing experience.’

The production, featuring a cast of over 40 live performers, began rehearsals on site last week, and the set is undergoing finishing touches ahead of ‘UNIT HQ’ opening its doors to audiences on 26 May.

Brian Hook, Producer said: ’We have made the most of every month that the last year’s delays have brought to the show, and in doing so we believe we have forged a one-of-a-kind diamond of a production. Throughout this year there have been many difficult decisions, many leaps of faith and times when cool heads and kindness became the most incredible creative currency. To be in rehearsals is a genuine joy.

We hope that what we have created here is not just a great theatrical spectacle but a beacon of hope for the creative industries – and a physical manifestation of everything that makes Doctor Who special to generations of fans.’

It has been so satisfying, after such a prolonged gestation period, to get rehearsals underway with our fantastic company and we can’t wait to share the experience with live audiences very soon.’

Much of the show is being kept under wraps so as not to spoil surprises that await audiences, but today sees the reveal of a glimpse into the world of Doctor Who Time Fracture with an image of one of the 17 environments that have been created for the show.

Rebecca Brower, Designer said ‘It is incredible to see my designs come to life in such an impressive and detailed way. We’ve been working whenever possible over the past 12 months off site to get everything right, and the build on site has been completely invigorating to be involved in first hand.’

Also live from this week is the lottery for a special performance for key workers. In recognition of their work throughout the pandemic, the Producers of Doctor Who Time Fracture are making free tickets available to frontline healthcare, services and NHS staff for a performance on 23 May 2021. Lottery winners will be drawn on 17 May.

From the team behind The Great Gatsby, the UK’s longest running immersive show, Doctor Who: Time Fracture will preview from 26 May. 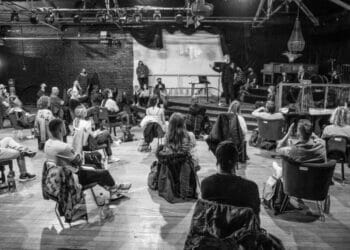 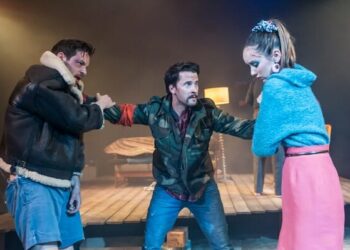 Review: A Lie of The Mind at Southwark Playhouse