Shining a light on sexism in the acting industry, Sexy Lamp will make its digital premiere at Wolverhampton’s Arena Theatre with a livestream on Friday 23rd April, it will then be available on-demand from Saturday 1st – Wednesday 5th May. The hilarious and heartfelt production from multi-award-winning writer and performer Katie Arnstein (Bicycles and Fish; Sticky Door) is a semi-autobiographical piece told with original songs.

Katie has dreamed of being an actor since she was seven years old. In 2012 she arrives in London, a city full of magic and optimism, and is greeted by the brutal reality of an industry where named, speaking and fully clothed roles for women are hard to come by. Now, Katie is an actor who refuses to stay in the dark any longer. Told from the perspective of a young actor with bold aspirations, Sexy Lamp is a story of power, prejudice, and the fight to keep dreams alive.

This production is inspired by Kelly-Sue DeConnick’s ‘Sexy Lamp’ test which takes issue with scenes where a female character can be replaced with a sexy lamp without affecting the plot. While this blatant reduction of female actors’ roles still endures and while female creatives continue to fight for recognition, Sexy Lamp is a call to arms that demands women are seen and heard in all walks of life.

Katie Arnstein comments, I am over the moon to bring Sexy Lamp to the Wolverhampton Arena Theatre. I’m an artist originally from the West Midlands and so I feel really lucky, after such a difficult year, to be able to return there and perform live to audiences all over the country. Sexy Lamp is a comedy with original songs about my journey to becoming an actor and I hope people feel it provides a tonic to these extremely challenging times, with plenty of laughter and light.

Neil Reading, Artistic Director of the Arena Theatre, comments, We’re delighted to have Katie and Sexy Lamp at the Arena as part of our move back to normality. While we won’t be able to welcome audiences to the venue for this performance, we are excited to be able to offer this show as a live-stream and to offer our audiences a chance to watch at their leisure at home, through our On-Demand period.

Sexy Lamp is the second part of Arnstein’s It’s A Girl! trilogy, which began with Bicycles and Fish in 2018 and was completed with the highly acclaimed Sticky Door which premiered at VAULT Festival 2020. Throughout the past 12 months, Arnstein has continued to delight audiences with her relatable and empowering writing. Highlights include the Offie-nominated Half Acre; Embarrassed; and Fruit which all featured in Popelei Theatre Company’s online seasons. Katie was also shortlisted for the Evening Standard Future of Theatre Award 2021.

Ensuring the production is accessible to a wider audience, the Arena Theatre have supported Arnstein and producer, Beccy D’Souza, in arranging for the live streamed performance to be BSL interpreted with on demand performances being adapted to include options with audio description and captioning. 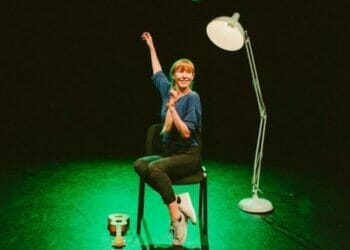 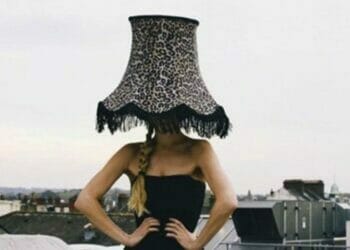 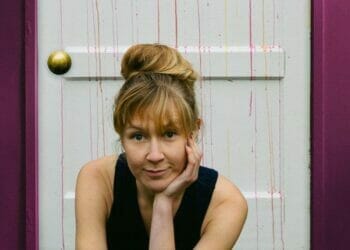