The Donmar Warehouse reopens in September, following a programme of essential works to replace key infrastructure within the venue, including the lift, plant, ventilation and air cooling. In addition, the works will significantly improve the accessibility of the Donmar through the installation of a street level ramp, automated front doors and more open and inclusive front of house spaces.

7 October – 27 November 2021: LOVE AND OTHER ACTS OF VIOLENCE, a new play by Cordelia Lynn. Directed by Elayce Ismail, with Abigail Weinstock’s professional stage debut, the play tells the story of a young Jewish physicist and a left-wing poet. As society splinters around them, the couple’s struggle to survive erupts into violence.

15 April – 4 June 2022: The final production in the Donmar Warehouse reopening season will be MARYS SEACOLE, Jackie Sibblies Drury’s dazzling play across oceans and eras about the pioneering Jamaican nurse, and what it means to be a woman who is paid to care. The production will be directed by Nadia Latif with design by Donmar Associate Artist Tom Scutt. Casting to follow.

5 July – 16 July 2021: The Donmar will revive its 2019 production of TEENAGE DICK, a reimagining of Richard III by Mike Lew, which will tour ten comprehensive schools in the boroughs of Camden and Westminster for free thanks to the support of Camden and Westminster Councils. Michael Longhurst’s production is reimagined for schools by former Donmar Resident Assistant Director Blythe Stewart. Jack Hunter will star as Richard, alongside an exciting young cast.

The Donmar will continue its work with schools through an expanded programme of Donmar Discover activity related to each production. Following a year of community projects through the Donmar Local programme, Donmar Discover will work in partnership with community organisations to create new work around current issues with local young people, bringing their voices and experiences to the Donmar stage and sharing the refurbished building with the community.

Donmar Associate Sponsor Barclays will show their support of the reopening of the Donmar and gratitude to the NHS by providing hundreds of free tickets to NHS workers across the season.

The Donmar will also introduce BSL performances across productions in the season, alongside its captioned and audio described performance offer.

“I’m thrilled we’ve managed to expose the Donmar’s warehouse bones during our essential building works; stripping out the cramped bars and improving accessibility to make a welcoming space for artists and audiences to return to.

We’re back with a season that mines history to examine our present; that holds society to account through personal stories; that is laced with comedy and poetry and packed full of talent for our shared entertainment.  I’m delighted that the Donmar is also mounting its first local comprehensive schools tour, giving young people and young actors opportunities they’ve been denied during the pandemic.  We can’t wait to see you in person again!” 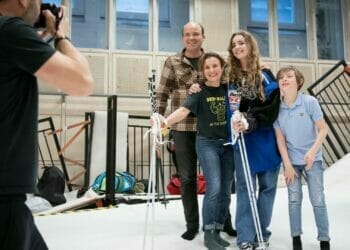 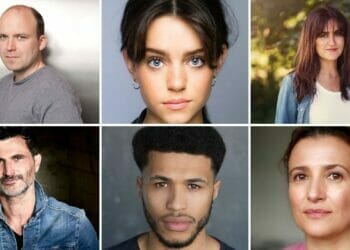 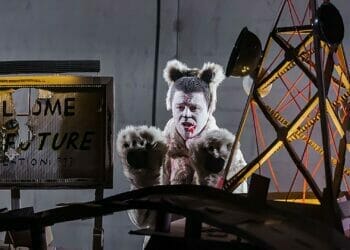 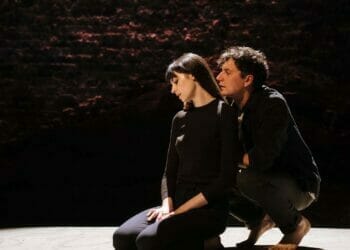 Review: Love and Other Acts of Violence at Donmar Warehouse 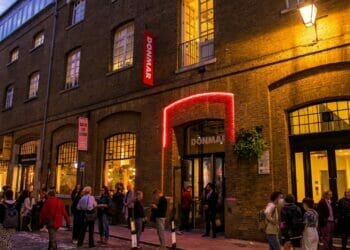 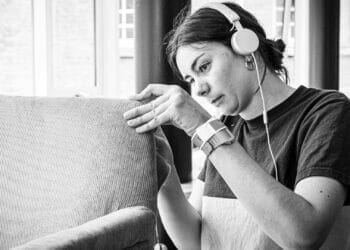