After winning two Olivier Awards – for Best Revival, and Best Actress in a Play for Sheila Atim, the Donmar Warehouse today announces that the on demand streaming of the critically acclaimed revival of Nick Payne’s Constellations will be available for an additional four weeks until 25 May.

In an innovative producing model, devised in response to the pandemic, Donmar Warehouse Artistic Director Michael Longhurst rehearsed four different casts, each refracting the play afresh. The productions were one of the first to open post pandemic, and ran from June until September at the Vaudeville Theatre, and were originally available online last Autumn. In addition to the two Olivier wins for Best Revival and Best Actress, the production also received two further nominations – Best Actor in a Play for Omari Douglas and Best Director for Michael Longhurst.

Michael Longhurst said today, “More than a pandemic-mitigation model, this multi-cast revival was a celebration of how different identities could reveal our shared humanity.  I’m so grateful to all who worked on Constellations, originally and now: these awards and digital captures are the cherry on the top of a decade-long journey, and a triumph of artistic subsidy enabling access to live and recorded theatre in these challenging times.”

Each production is £7.50 to rent and households will be able to watch the show for 24 hours after purchase; or a multi buy of all 4 for £20, with 14 days viewing time. Captioned and audio described versions will be available, in partnership with VocalEyes and Stagetext.

Constellations are available on demand via https://ondemand.donmarwarehouse.com/ 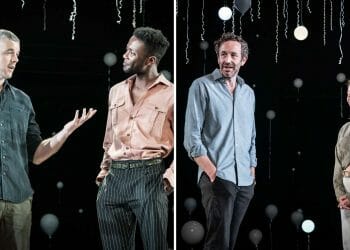 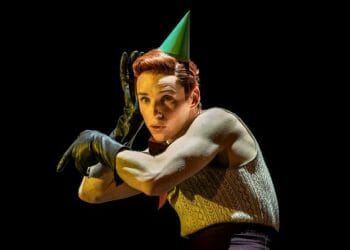