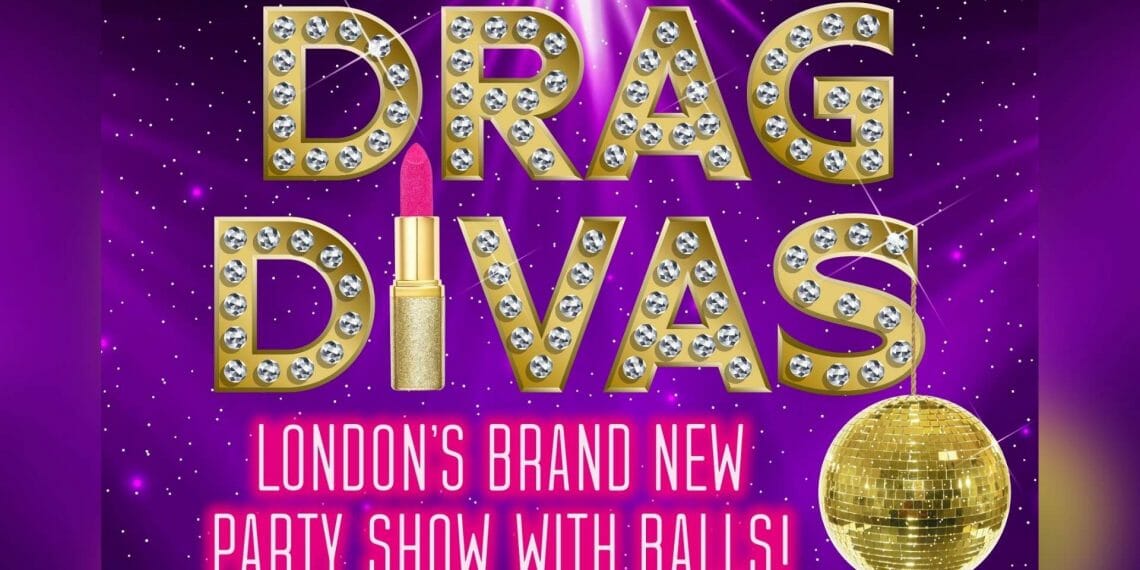 Drag Divas take over London’s West End – for a limited season only!

A brand-new drag party show (…with balls!) is coming to the West End this autumn. Presented by The Entertainment Providers, Drag Divas is London’s newest, sparkliest party!

This one-of-akind show will entertain and delight at Rialto Casino’s Backstage Bar, Leicester Square for a strictly limited season from 6th October to 30th October 2022.

Audiences will be treated to an extravagant drag party show, the likes of which the West End has never seen!

This unique show will include queens performing as retro favourites such as Aretha Franklin, Donna Summer and Diana Ross and the Supremes. The line-up of chart-topping pop star drag performances will also include Madonna, Britney, Beyonce and Lady Gaga. Drag Divas will also feature the world premiere of Seven Deadly Divas, a comedy tribute to icons Kate Bush, Dolly Parton, Tina Turner and The Spice Girls… as you’ve never seen them before!

Audiences will be gagged by performances by queens embodying ballad powerhouses like Celine Dion, Cher and Whitney, and home-grown London talent such as Amy Winehouse and Adele. Performers to be announced very soon!

In the great tradition of Madame Jojo’s, this show promises to be a sassy spectacular featuring a live all singing, all dancing cast of queens belting out the biggest hits including Hit Me Baby One More Time and Bad Romance.

Acts will also include fierce dancefloor fillers like Proud Mary, Simply The Best and Hot Stuff, and ultimate girl-power anthems like Material Girl and Single Ladies! Drag Divas is the only show in London’s West end offering a brilliant, ballsy drag party and will be at Rialto Casino for a strictly limited run – a must-see for drag fans!

The Entertainment Providers have produced the annual adult pantomime in London’s West End for 20 years. Starting in 2001 for the Leicester Square Theatre, their most recent production was Snow White And The Seven Merry Men for The Grosvenor Casino in 2021. In 2013 The Entertainment Providers produced Drag Divas at The Arts Theatre with Drag Race UK’s Baga Chipz and La Voix.