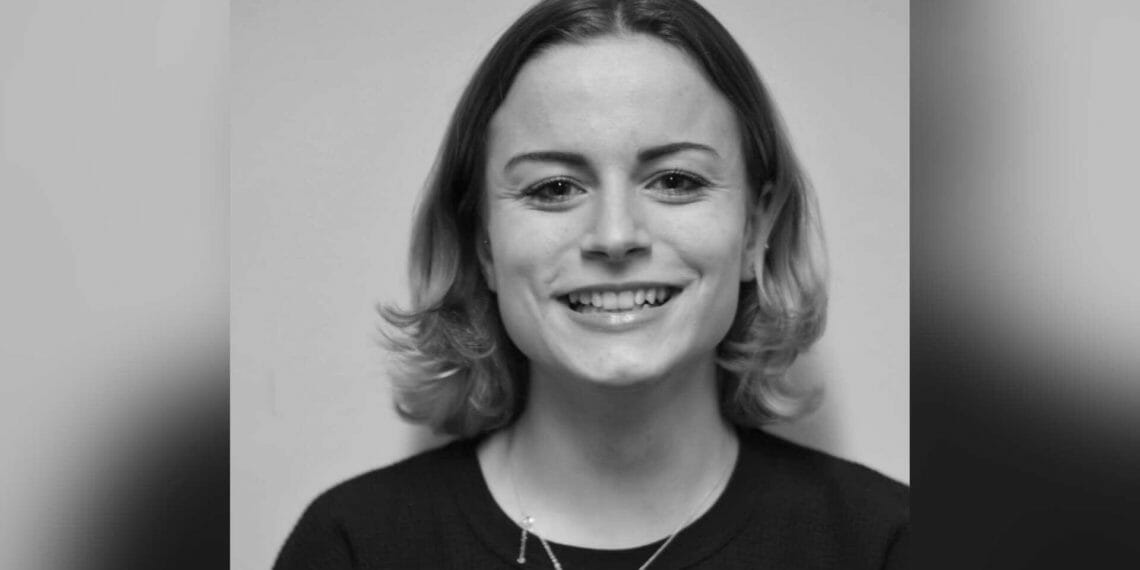 "The script moves between the modern world, the past, the present, and the cast will transport us through an expressionistic style surrounding naturalistic scenes to take us from one place to another"

Lydia McKinley is the company manager for Young Pleasance, who this year celebrate their 25th anniversary with a reinvention of Kafka’s The Trial playing at The Pleasance Courtyard this Edinburgh Fringe.

Lydia returns to Young Pleasance having already experienced it as a company member, “I used to be part of Young Pleasance, from when I was 15 up until I was 18,” explains Lydia,  “so, I know how it is to be one of those kids, that helps me understand how to help them have the same kind of Fringe experience that I had.”

Helping the Young Pleasance company enjoy their Fringe is what excites Lydia the most, but knows it will be a challenge, “once we’re up in Edinburgh I need to make sure that everyone is in the right place at the right time, we’ve got quite a large company of 30 young people who are aged 16 to 23, so I’m the pastoral supervisor for them as well, organising their accommodation, who they’re living with, and that they’re okay throughout the festival.”

But those logistical challenges aside, Lydia is delighted to be back working with Young Pleasance, “it’s a fantastic organisation,” says Lydia, “as It allows young people to experience the festival from a young age, and has been hugely influential over so many people, in terms of then going into that career. It’s such an amazing opportunity, especially when you’re younger, to get an experience of professional theatre, of how it works.”

The Young Pleasance company is comprised of young people from different schools across the country who create and devise a different show each year for the Edinburgh Fringe. “It starts with a week workshop in the Easter holidays,” explains Lydia, “then we’ll have two weeks this year of rehearsals in London. It’s intense because then we head straight up to the Fringe.”

But Lydia says audiences shouldn’t expect a youth theatre production, “the Young Pleasance company are expected to work at that professional level, if you’re going to be part of Young Pleasance, you’re expected to be working at the same standard as anyone else that year who’s performing at Pleasance.”

This year’s Young Pleasance show is a reinvention of The Trial, “usually the writers, Tim Norton and Joanna Billington,  start out with the bare bones of an idea, and then the company devises the show over the Easter holidays. Tim and Joanna really wanted to do The Trial, because the original story by Kafka stood out to them as actually being quite relevant to today.”

The company have then adapted The Trial to be set within a highly contemporary world, “what we’re trying to do with it, is making it quite expressionistic with cameras and different technologies. So, it’s making a comment on this idea of social media, and having to try and discover your identity when you have other stuff being bombarded at you.”

Young Pleasance have established themselves as having a very particular style of physical theatre, which uses every single member of the company equally, “Our cast of 30 are going to be playing over 60 roles in a very fast paced, visually interesting production.”

“The script moves between the modern world, the past, the present, and the cast will transport us through an expressionistic style surrounding naturalistic scenes to take us from one place to another, and create that kind of nightmarish absurdity that Kafka did.”

Lydia is excited to be heading back to the Fringe, “I used to spend every single summer there. When it was cancelled in the pandemic, it was this unthinkable notion of “What do I do with my August now?” So, I’m really excited to be back, especially around the Pleasance Courtyard, it’s just such a magical place.”

“But I’m really excited about the show, I think it’s going to be really strong, and I’m interested in what we can play with, with the structure and the story, and everything that it’s going to allow.”

Lydia thinks that something Young Pleasance is great at is making a show accessible and interesting for all age groups, “I think what’s going to be quite fun with this one is that older generations will know The Trial by Kafka, and so they’ll be drawn to that to see how it’s adapted.”

“But then I also think, and I think what Young Pleasance has been good at doing recently, is setting it within the age range of the actors that are playing the roles, it’s very much looking at that older teenage, university age group, and the struggles that come with that, so, I’d really want to encourage the younger age range to come and see it too, because I think it’d be very relevant to them.”

Young Pleasance’s The Trial is at Pleasance Courtyard (Beyond) 5th – 14th August at 3pm. Tickets are on sale here. 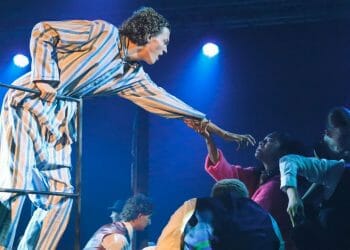