Miguel Hernando Torres Umba is a London based Performer and theatre Maker originally from Colombia. Miguel trained in physical theatre technique: Corporeal mime.  Since 2008 he has worked with Carnival arts Company Mandinga arts as a performer and facilitator and in April 2017 became Associate creative Director. He has also worked extensively with immersive cinema pioneers Secret Cinema making his way up from actor to performance director, and most recently as associate creative director to be part of the core creative team that delivered some of the companies most ambitious productions including Back to the future, Star wars, and Moulin Rouge.

In 2016 Miguel established Blackboard Theatre as a channel to champion collaboration between artist from Latin America and the UK, and create work that is challenging, entertaining, speaks about current social-political issues and pushes the company and the audience out of the comfort zone.

STARUDUST is coming to Pleasance 10Dome what can you tell us about it?

STARDUST is an entertaining, irreverent and impassioned investigation into the human cost that cocaine production, trafficking and consumption have in Latin America and further afield. This multi discipline solo performance, mixes new writing, physical theatre and stunning animations to tell the tale of the chain of lives and deaths that turns a coca leaf, sacred to indigenous communities in Latin America, into a line of coke on a mirror in the western world.

Bringing together contrasting stories from a range of Colombian voices, Stardust is written by Daniel Dingsdale, originated and performed by Miguel and brought to life through a strong creative collaboration between Colombian, British and French artists who created a distinctive emotional journey told through Colombian eyes.

How did you research the subject?

The research was a mix of, an extensive collection of articles, documentaries and books, along with conversations with the team of Colombian artists behind the show. We wanted to break down and dig into our understanding of the information, interviews with other Colombian friends who told their stories and experiences as well as with professionals who work with indigenous Communities in the Amazons, drug policy organisations like Columbian ATS (Acción Técnica Social), international IDCP (International Drug Policy Consortium) and Release (Drugs, The Law & Human Rights) in the UK. All this research, points of view, personal stories, frustrations and what needed to be said was then passed to Playwright Daniel Dingsdale who furthered it with his own research, from which he wrote the script.

What’s the most challenging thing about performing in STARDUST?

The challenge for me is the text. English is not my first language and my background is in physical theatre so to perform a piece with the amount of text we have, making sure it’s clear whilst maintaining the energy for the more physical parts, demands a lot of stamina. The first attempt at STARDUST was a short physical theatre piece but then it was clear that for the show to develop and say what needed to be said, a written text was utterly important, which is why I reached out to Daniel Dingsdale and it’s been challenging and great, he certainly loves words.

How does it feel to be at Pleasance 10 Dome?

STARDUST is my debut in Edinburgh and I am honoured to be at 10dome. Pleasance Theatre has a special place in my heart. Nine years ago I went to the Edinburgh Fringe festival for the first and only time. Back then I worked as a crew member for Pleasance, I met some of the wonderful people who form the Pleasance family, I learnt a lot and the desire to perform at the festival started. So to finally be back with them and this time with a show I am proud of, is extremely exciting.

What’s the one thing about STARDUST that makes it different from all the rest?

STARDUST is an unique show about cocaine that digs deeper into what everyone think they know about it the and tells  a side of a story people have not heard before, in an exciting, visually rich and emotionally engaging way.

Whenever we see stories about drugs or Colombia and cocaine on TV, films or theatre, they tend to be stereotypically obvious, every Colombian character is a narcotraficante, a gangster, a mule or a prostitute, but little do we question the reality behind the stereotype and even less what role we play in perpetuating this. With STARDUST we hope to offer a new perspective and chance to reflect but above all an emotional journey achieved through the mix of styles and tools that touches the inner fibres of the audience and invites them to be part of the conversation that needs to be had.

Why should people come see STARDUST?

Because there is nothing else like it, it’s fresh and exciting.  It talks about cocaine and drugs a subject we sometimes find difficult to talk about openly and honestly. It’s a testimony of what collaboration between people from different parts of the world can achieve when they share their skills and passions. 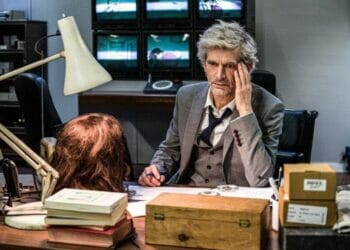 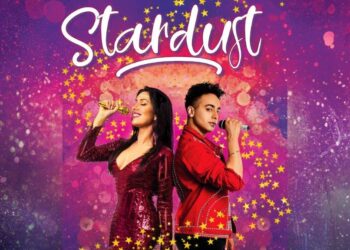 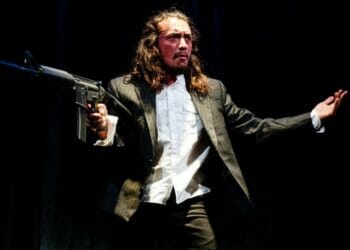