Triumphantly returning to the Edinburgh Fringe since its 2015 premier, this fully reworked production of Wound Up Theatre’s Bismillah! An ISIS Tragicomedy had a critically acclaimed run at the 2018 VAULT Festival before embarking on a UK Tour and run at Pleasance Islington. This vital show discusses Islamophobia, social alienation and radicalisation, covering huge contemporary social issues of youth disenfranchisement and rising national tensions. It explores vital issues still prevalent in 2019 – as well as being exceedingly rewarding anyone who knows the lyrics to Bohemian Rhapsody.

Dean joined the army, Danny joined the Islamic State. One’s from London, the other’s from Leeds. Bismillah! is their time together in an Iraqi cell as captive and guard. Trapped, with little hope of escape, they discuss the rising price of a standard meal deal, first loves, the North/South divide and of course the rock band Queen. All whilst circling an awful truth – that they just want to go home. This hilarious and heartbreaking production examines the impact of racial, social, economic and religious politics on youth in society.

Bismillah! stormed the Fringe during its critically acclaimed run at the 2015 Edinburgh Festival. It was listed for the Amnesty International Freedom of Expression Award and has been endorsed by Dr. Sarah Illot, Dr. Anshuman A. Mondal, The Active Change Foundation, Nihal Arthanayake on the BBC Asian Network and BAFTA nominated journalist Sean Langan who was held by the Taliban in 2008. It then ran at the VAULT Festival to rapturous acclaim, garnering exclusively 4 and 5 star reviews and playing to sellout audiences before a UK Tour and run at the Pleasance Islington.

This will be Wound Up Theatre’s fourth time at the Fringe and their first time performing at Underbelly.

Wound Up Theatre will also be producing Matthew Greenhough’s new play It’ll be Alt-Right on the Night (also directed by Jonny Kelly) at the Pleasance Courtyard. 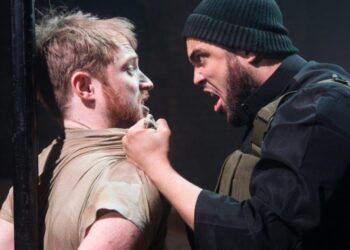 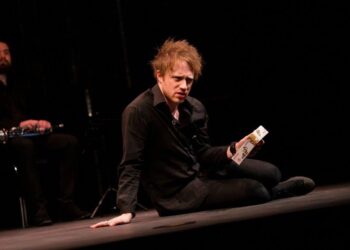 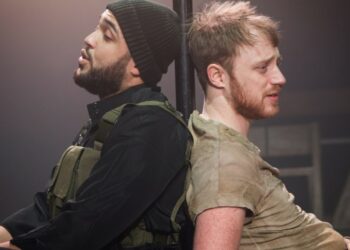