Following highly successful runs at Hampstead Downstairs and The Bunker, Terry Johnson’s Ken now comes to its spiritual home in Edinburgh. Marking the ten year anniversary of the death of Ken Campbell, Ken pays tribute to the maverick writer and theatre director.

Ken Campbell was regarded as ‘one of the most original and unclassifiable talents in the British theatre…’ (Michael Coveney), known for pushing the boundaries of the experimental. He was a unique comedic thinker, a legendary practical joker, a genius at producing shows on a shoestring and an inspiration to many still working in the industry today.

1978, London. A 23 year-old aspiring playwright in a rundown flat-share off the North End Road is wrestling with his masterpiece for the Royal Court. The house phone rings, the young man answers… it is a call for the person who used to occupy his room who has recently moved to Amsterdam. But even once this information is imparted, the man at the other end doesn’t hang up. He’s called Ken. And he’s about to change the young man’s life forever.

Pleasance director Anthony Alderson comments, “We are delighted to be presenting this gorgeous production from Hampstead Theatre. Terry Johnson is the master playwright and performs with an unquenchable sense of style and comic timing. Jeremy Stockwell inhabits an irrepressible Ken Campbell with a performance that is a sheer joy to behold. Even if you didn’t know anything about Ken Campbell, this play is a delight.”

Ken is the retelling of an extraordinary friendship from beginning to end, replete with wickedly funny anecdotes, magnificent hoaxes, and general chaotic lunacy – all infused with the spirit of the great man…

The Edinburgh transfer is being co-produced by The Showstoppers which is especially poignant as the two co-founders, Adam Meggido and Dylan Emery, first met at one of Ken’s clandestine workshops in 2004. Ken inspired them to create an improv musical which later led to the Olivier award-winning Showstopper! The Improvised Musical (returning to Pleasance Grand this summer) and to The Showstoppers becoming one of the most acclaimed and in-demand improv groups in the UK. Adam said that it was ‘impossible to meet Ken and for life to be the same again’.

Ken by Terry Johnson is at Pleasance Dome (Ace Dome) 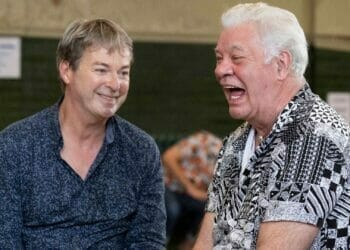 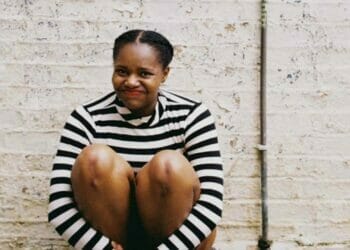 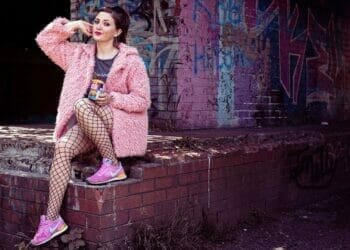