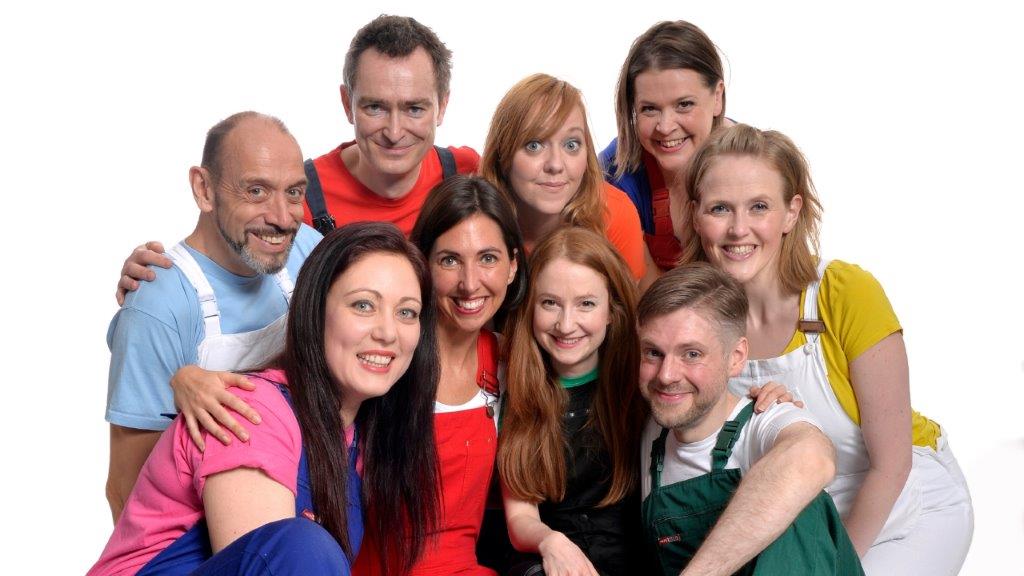 Following an amazingly successful season last summer at the Edinburgh Festival Fringe, an ongoing UK tour and their Christmas Kids Show in London’s Leicester Square for two consecutive years, the critically acclaimed improv masterminds behind Showstopper! The Improvised Musical are set to delight audiences of all ages when they return to the Fringe this year with not only their Olivier Award-winning improvised musical, but also their magical childrens’ entertainment, The Showstoppers’ Kids Show.

Aimed entirely at children, The Showstoppers’ Kids Show will be thrilling children (and parents) in Pleasance Two from 31st July – 18th August at 12pm. Tickets are on sale now.

The Showstoppers’ Kids’ Show is specifically designed to entertain and inspire children by opening the show up to the kids in the audience, who suggest ideas to help create wildly creative musicals that only a child’s imagination could come up with. No two shows are ever the same as The Showstoppers take their suggestions and then devise a brand-new musical comedy adventure completely on the spot.

If your children could create their very own show, where would they start? In a dolls’ house? A magical castle? The spooky cupboard under the stairs? Perhaps they’d like to see Captain Underpants meet SpongeBob underwater? Done! Or Dora and the Gruffalo having a party on the moon? No worries!  For children who fancy it, there are also plenty of opportunities to join in. But grown-ups should be warned that youngsters call the shots and suggestions are ONLY taken from kids!

Having grown since 2008 to become the UK’s most acclaimed and in-demand musical improvisers, The Showstoppers have become a must-see staple of the Edinburgh Festival Fringe and are now a West End favourite as well, with a hugely successful ongoing UK tour too.