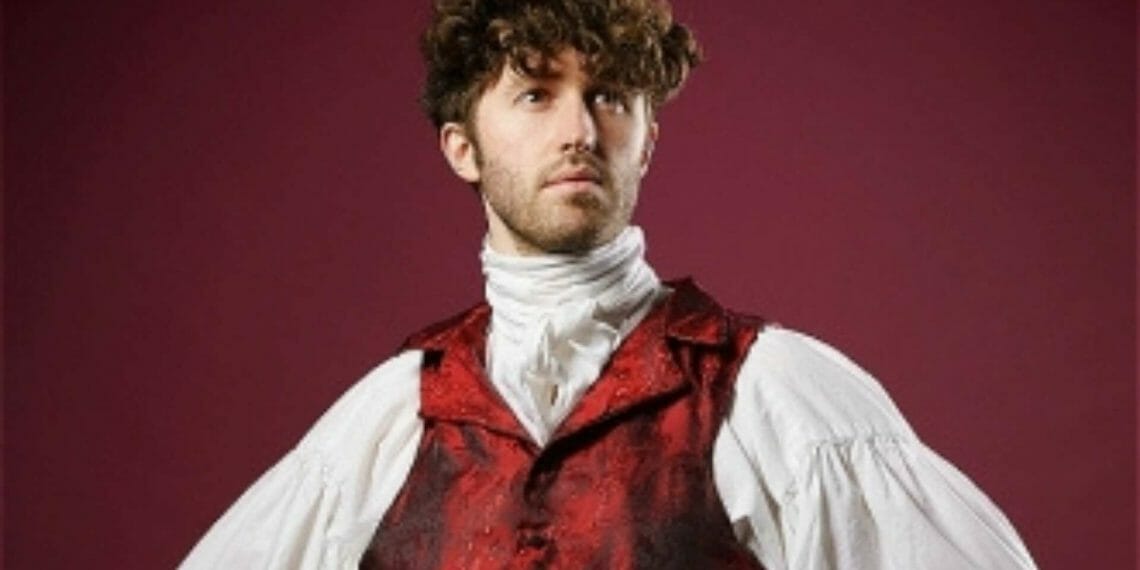 In Playboy, Christian Brighty has created a character with his own moniker but we are assured by Brighty that the 19th century lothario, obsessed with his libido, bears no resemblance to the actor who portrays him every night at the Pleasance Courtyard this Edinburgh Fringe.

This theatrical comedy hybrid is in the absurdist style, think Monty Python meets Blackadder. As Lord Brighty romps his way through an hour of sexual exploits, continually stung by the tip of Cupid’s arrow, the audience become part of the routine, with insults and compliments dished out in (almost) equal measure.

Large chunks of Playboy felt like they were being improvised on the spot, perhaps they were, but the effect left the audience feeling they were watching something too under rehearsed. It should be noted that at this performance a particularly disruptive audience member in the front row distracted from the flow, while Brighty appeared to cope with it well, it may have affected the overall routine.

The later in the evening running time probably reflects the bawdier nature of the comedy, this isn’t one to be watching with grandma. It is on the whole funny, but one too many jokes fail to land. Playboy, by design, looks amateurish, a clever choice to add to the hilarity, and Brighty’s solutions to having multiple characters in a one-person show become increasingly ridiculous and therefore all the more funny.

While the show, doesn’t quite have the oomph required to keep the audience laughing throughout, Brighty may just have come up with a cleverer concept than we first imagined. The character in Playboy is a repulsive misogynist, yet women (and men) are seduced by his suave demeanour, and by the same token, this imperfect show is saved by Brighty’s uncanny ability to charm the audience.

Playboy, serves as a showcase for what Christian Brighty could achieve, with a bit of a polish and tightening of the routine, this is a future hit in waiting.