I will be honest, every year at the Fringe there are terrible ‘Thing That Shouldn’t Be a Musical: The Musical’ shows, so I didn’t have huge expectations for Making a Murderer: The Musical, but this show may not necessarily be what you think.

Far from being a tasteless comic interpretation of a very real series of upsetting events, Making a Murderer: The Musical written by Phil Mealey is an angry satirical statement about wrongly convicted prisoners. The story follows that of the first two seasons of the Netflix documentary Making a Murderer, but despite using clips from the documentary throughout, a spokesperson claims that the show is based off the actual events of the Steven Avery case.

I was worried the show would take an offensive-for-the-sake-of-offensive approach, ridiculing all the characters from the point of view of a detached person who doesn’t realise these are real people still suffering. But the show portrays the Avery family with nothing but grace, sympathy and respect.

The songs they sing are poignant and moving – Steven sings a ballad about his dreams of getting out. Brendan Dassey reflects on the wasted years he has spent in prison. The comic element of the show that you might expect is almost entirely focused on Manitowoc law enforcement, who are caricatured as uncaring malevolent schemers with an axe to grind for the Avery family.

District Attorney Ken Keats sings a jaunty show tune accompanied by showgirls about how much he loves himself. The show can’t quite find the tone it wants to strike, ridiculous over-the-top humorous elements don’t quite gel with the completely earnest numbers which are nonetheless sung by people in silly wigs and costumes.

Though the humour does not always stick to the wall, Making a Murderer: The Musical is an effective case against a broken legal system and a tribute to those who try to clean it up. 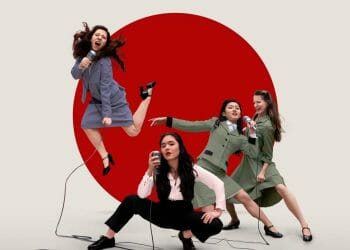 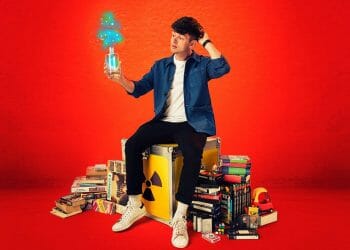