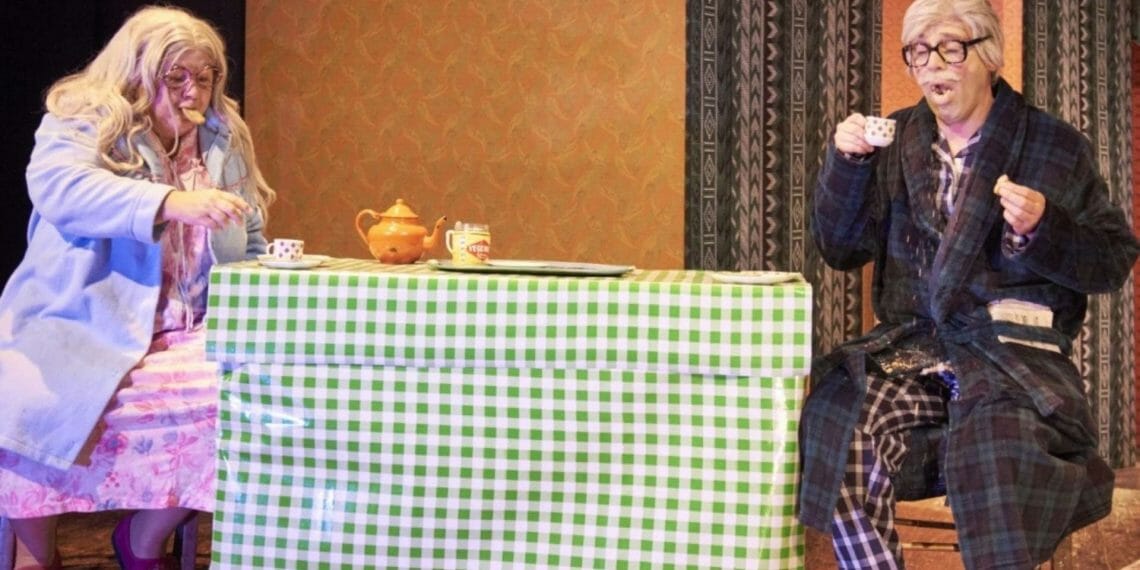 The Anniversary courtesy of the Company

Salvador Dinosaur are the creators of the multi-award-winning Otto & Astrid – Die Roten Punkte, and come to The Pleasance Dome at this year’s Edinburgh Fringe with a brand new farce, The Anniversary.

Performed by Daniel Tobias and Clare Bartholomew, there’s barely a word spoken in the hour long run time, because this is very much physical comedy, the kind of slapstick we would see from Mr. Bean, but with a much darker side.

Jim and Barb are preparing for a party to celebrate their Golden Wedding Anniversary, all seems to be going well as they jauntily set up tables full of food and hang balloons and banners from the walls.  But then things start going wrong, suddenly there’s no food, there’s a storm raging outside and a bird seems to have it in for Jim.

When The Anniversary is funny, it’s hilarious.  There are some real stand out moments of physical comedy, and Daniel Tobias and Clare Bartholomew carry out every routine with perfect comic timing.

It is quite slow to get going; on one hand that builds up the suspense, because we all know disaster is about to strike.  But on the other it does leave the audience too desperate for something to happen.

When the first big physical gag comes, it looks like we’re now in for a rollercoaster of fast paced action, only for The Anniversary to dial it back down, and it’s another long wait for the next real gag.

What they do is clever, without a doubt.  None of the gags are repeated, so when each one comes it does feel fresh and surprising and that’s partly why it’s so funny.  They also take an innovative approach to carrying out some of the stunts, and that delights the audience just as much.

The Anniversary does have enough laughs to get your Fringe day underway, but it could definitely do with more of them.  Daniel Tobias and Clare Bartholomew are engaging performers and while audience members might not want to risk eating from Jim’s buffet, they’ll still have a great time at this party. 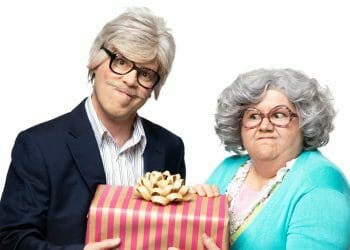