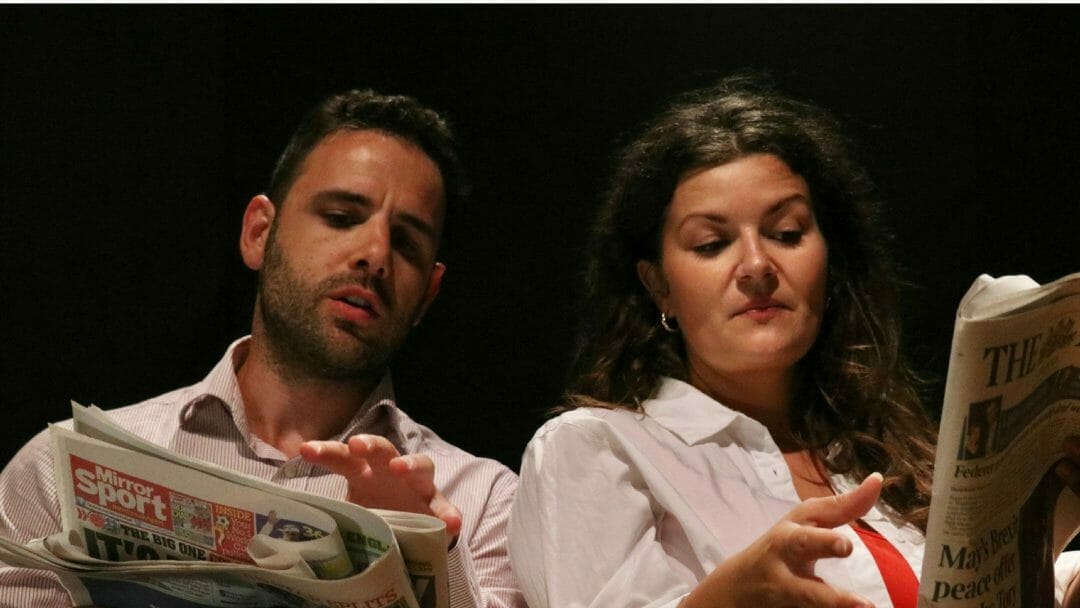 Three months ago, Ireland voted to legalise abortion, a move that came too late for Maia, the central character in Laura Wyatt O’Keeffe’s slick two hander, Vessel.  In response to the recent referendum, which is yet to be passed in to legislation, this play looks at the women who have to travel to Britain in order to have an abortion.

Maia works as a receptionist in a refugee centre, and has been deeply affected by the suicide of teenage refugee who was pregnant, but didn’t want to be.  Maia is also pregnant,  a late-night tweet goes viral and attracts the attention of a journalist covering the suicide story, over the course of the piece he becomes her friend and confidante, helping her to make the journey to Britain.

O’Keeffe’s writing is particularly strong, very subtly getting to the issues without forcing the subject too dominantly. As Maia takes on each stage of the journey, she mentally calculates the cost of the trip, highlighting the expense that faces Irish women who want to take this course of action, it mirrors the internal struggles that we hear from Maia throughout.

There is a lovely chemistry between Laura Wyatt O’Keeffe and Edward De Gaetano, who plays David, the journalist, you can feel the audience willing them in to some kind of romantic relationship, but that’s not the point of Vessel. It’s refreshing to watch their friendship unfold, O’Keeffe’s descriptive writing portraying the character’s desperation, while De Gaetano draws out David’s conflicting emotions with delicate poise.

Vessel has tender and understated comedy in just the right places, enough to ease the tension without bringing too much levity to the subject.  A really beautiful piece of theatre which deals with it’s themes in a sensitive, yet exposing way, and accompanied by two excellent performances. 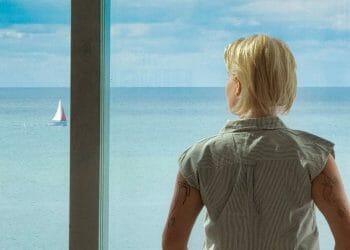 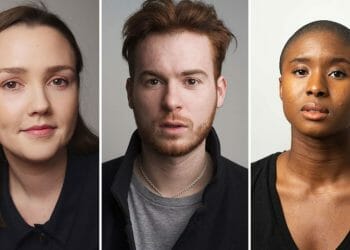 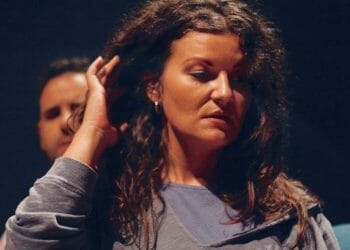 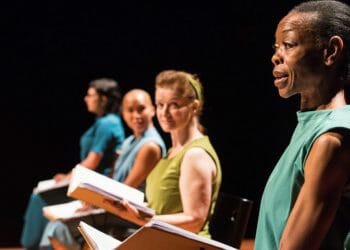 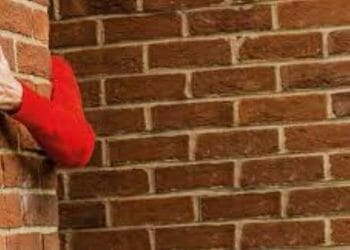 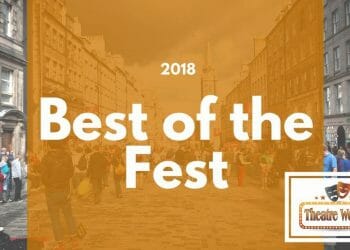