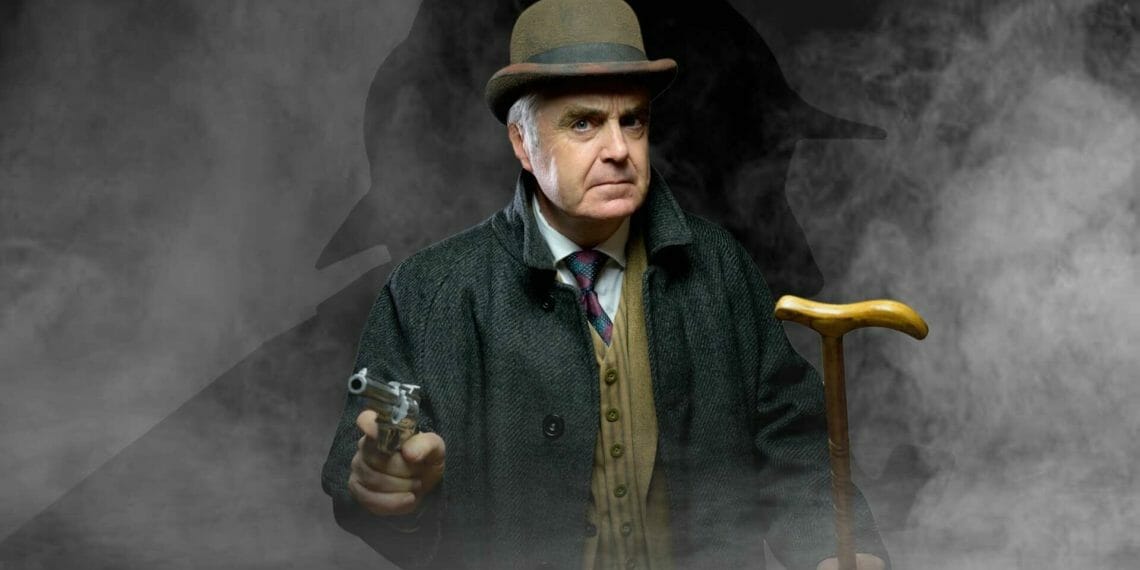 Watson The Final Problem courtesy of the Company

Sherlock Holmes is undoubtedly one of the great characters of literature, but as Holmes himself said, ‘I am nothing without my Boswell’. Smokescreen Productions provides an exciting new perspective with Watson: The Final Problem, and finds a way to present the character as both timeless and relevant.

We meet Dr John H Watson following the death of Sherlock Holmes and his wife Mary. Rumours and falsehoods abound, so Watson decides to set the record straight with regards to the death of his friend.

He starts his time fighting in Afghanistan and the injuries he received, his meeting with Holmes for the first time, their adventures together, including those involving their arch-nemesis James Moriarty, and finally we learn of the truth behind Holmes’s death atop the Reichenbach Falls – the final problem.

Watson is such an interesting character in his own right, and Tim Marriott really embodies this character and brings him to life. Much of the story takes place in a journey across Europe, and the descriptions of the places and people encounter are so vivid that you forget that you are watching a one-man show.

The show was co-written with Bert Coules, the head writer on the BBC’s The Further Adventures of Sherlock Holmes, and you really feel the presence of an expert on Conan Doyle in the writing.

It is more than just a great adaptation of The Sign of Four and The Final Problem, it is a fascinating character study of a man who misses his friend, and whose life is defined by his partnership with an extraordinary character, and how one copes when that is no longer the case. This is a really fascinating interpretation of one of Conan Doyle’s most famous stories, and Watson: The Final Problem is an energetic and gripping hour of theatre.