Elf Lyons and David Houston in Gorgon a Horror Story

Gorgon: A Horror Story – which entirely sold out its first weeklong run at VAULT Festival in February 2020 – was originally conceived as a live immersive horror, designed to prey on the senses, using live sound with expert foley and horror tricks inspired by the gruesome Le Théâtre du Grand-Guignol’s famed Parisian naturalistic horror shows of the early 20th Century.

Focusing on the still taboo subject of female anger, the show explores what happens when we are just pushed too far. A mild-mannered taxidermist encounters one too many mean-spirited people, loses her temper and decides to experiment with the human form…

Gorgon: A Horror Story has been deliberately constructed to combine the everyday with the gruesome and the humdrum with the horrifying. In this the new audio version, the team have stepped up the foley to truly set the grisly scene – resulting in a horror show delighted to delight and scare in equal measure.

Elf Lyons is an award-winning comedian and theatre maker – known for making distinctive theatrical adventures on stage. She has been featured in VOGUE as one of the ‘Top Names of Now’ and can often be heard on BBC Radio. She has been nominated for the Edinburgh Comedy Award for Best Show, the Malcolm Hardee Award for Comic Originality, Fringe World’s Best Comedy Show and in 2018 was awarded Pick of the Fringe at the Adelaide Fringe, Australia. She is a graduate of L’Ecole Philippe Gaulier and is horror nut.

Gorgon: A Horror Story will be available here from 15th March 2021. 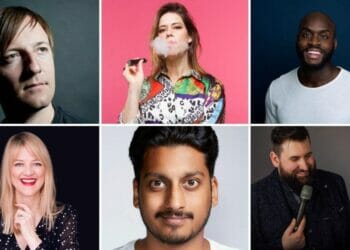 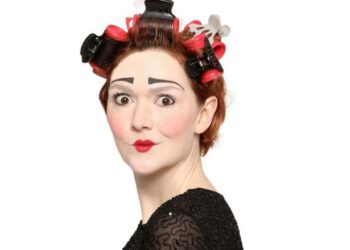