Now in its fourth year, the award – which honours the memory of RTST co-founder, Sir Peter Hall – will be made to an up-and-coming director who demonstrates exceptional directing skills and a passion for regional theatre in a rigorous competitive process.

The winner will get the opportunity to direct a full-scale, fully funded production of a classic or modern play, which may be an existing play or a new adaptation of a novel or film. The production will open in 2020 at Curve, as a Made at Curve co-production between Curve, Rose Theatre Kingston and English Touring Theatre (ETT), then tour across the UK. The RTST will make a grant of £50,000 to Curve to be applied towards the costs of the winner’s production.

The scheme promotes the RTST’s charitable objectives by nurturing up-and-coming talent in the theatre and supporting British regional theatres. It is also intended to appeal to a wide range of candidates and to play a part in promoting diversity in the theatre, onstage, offstage and among audiences.

Chair of the RTST, Sir Geoffrey Cass, said: “We’re delighted that Curve is collaborating with us on the 2019 RTST Sir Peter Hall Director Award and will be co-producing the winner’s production with Rose Theatre Kingston (of which Sir Peter Hall was the Founder) and English Touring Theatre. We’re proud that our Award will again be the catalyst for a national tour that will launch a director into mid-scale regional theatre. We’ve seen past Award winners and official runners-up having tremendous success, which bodes well for the winner of this year’s award.”

Entries for the RTST Sir Peter Hall Director Award Scheme 2019 are now open. To enter, and for further details of the award, please visit the RTST’s website:www.rtst.org.uk. The closing date for entries is 6pm on Monday 1, July 2019. 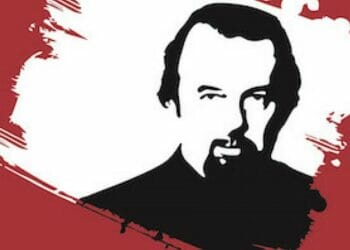