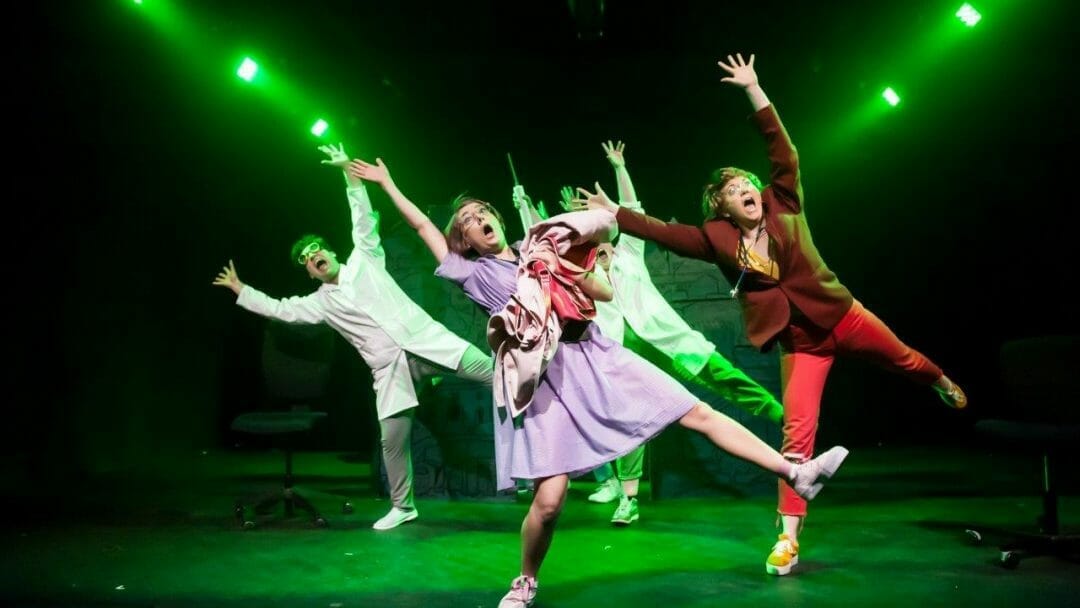 Fat Rascal Theatre who are currently on UK tour with their hit Edinburgh show Vulvarine, will stop off at The King’s Head Theatre in London from 11th June to 6th July, where they have become the new musical theatre Associate Company.

Bryony Buckle is astoundingly average. Her days are filled with mind numbing office work, thinking about lunch and lusting after Orson Bloom from IT. But following a dose of hormone therapy gone wrong and a well-timed bolt of lightning, Bryony gains superhero abilities and a brand-new persona: Vulvarine, saviour of womankind. Where is all the tampon tax going? Who is The Mansplainer, and what is his evil plan? Grab your tights, your spanx and your most supportive sports bra. It’s hero time.

Following an outpouring of new superhero musicals with a male protagonist, Vulvarine is a tongue-in-cheek comedy with a feminist message; and after the release of superhero movies with a social and political focus such as Black Panther and Wonder Woman, Fat Rascal Theatre believe that now is the time for a new politically relevant superhero musical, combining pop culture and musical theatre with gender discussions to create a fresh, funny and relevant new show.

Winners of the Otherplace/Balkan Award, the Eddies Award, the VAULT festival ‘Festival Spirit’ Award and nominated for an Off West End Award, Fat Rascal Theatre has quickly become a home for new musical theatre, having written and produced 5 new musicals since its inception in 2016, including sell-out Edinburgh show Buzz: A New Musical. It is a company run by women, discussing social and political issues through an accessible and appealing format to engage a wider audience. They believe that theatre should aim to inspire, educate or liberate and should be available to everybody.

Adam Spreadbury-Maher, artistic director of the King’s Head Theatre, says: “We awarded Fat Rascal the Stella Wilkie Award in 2016, hosted their production of Beauty and the Beast in 2017, brought it back this November, and now see them return for Vulvarine. We are delighted to build on our relationship with the company in appointing them as our Associate Company, celebrating their specialism in new musical theatre. We’re proud to be their London home, and passionate about their work, which is high quality, entertaining and also has a strong political/social message.

They will join our other Associate Companies , Atticist and Charles Court Opera, as we look forward to moving into our new theatre in Islington Square. Collaboration is vital at all levels of theatre production, and we’re proud to have such a diverse range of Associates that celebrate all of the values we are passionate about.”