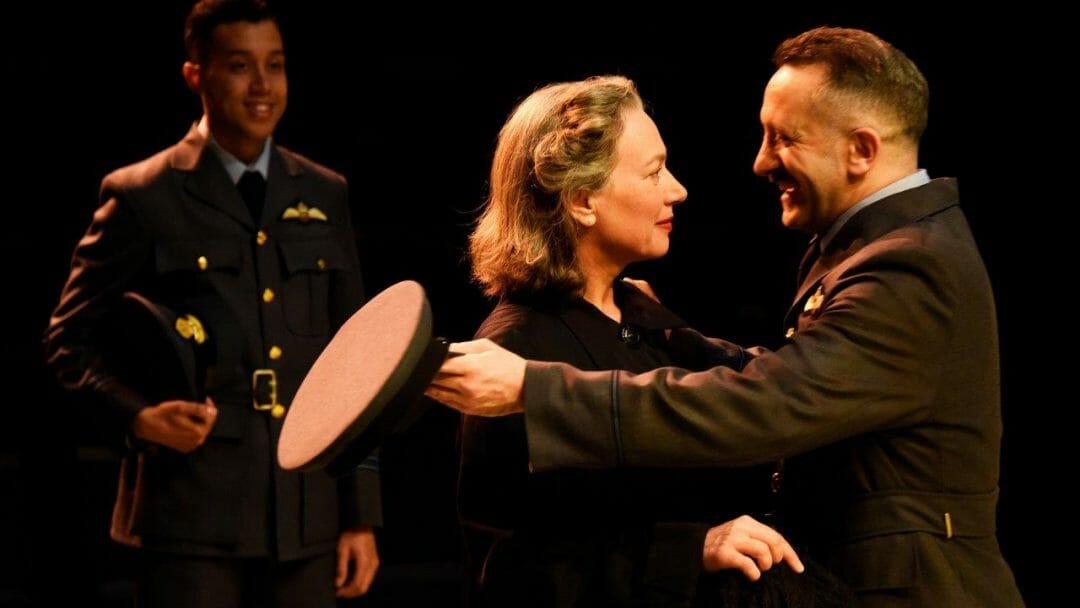 Northern Broadsides and New Vic Theatre have released production images for their co-production of William Shakespeare’s glorious tale of antagonistic romance and chaotic comedy – Much Ado About Nothing, which has its official opening night at the New Vic Theatre, Newcastle-under-Lyme on Tuesday 12 February.

Set at the end of WWII , returning soldiers swap the battlefield for a landscape of love, masked balls and much-needed laughter. Two young dreamers (Hero and Claudio) fall head over heels, while two others (Benedick and Beatrice) resume their combative courtship. As faithful friends plot romance and a vengeful brother plans destruction, can true love conquer all, or will whispers and rumour win out?

Much Ado About Nothing c. Nobby Clark
1 of 6