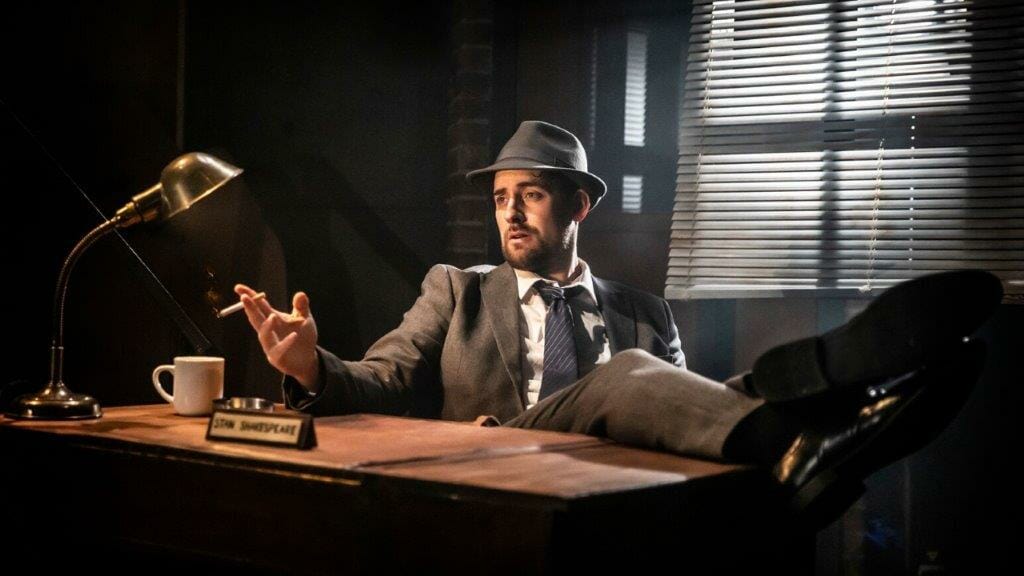 First look images are released as award-winning company New Old Friends return once again with the latest instalment of their ever-popular Crimes… series – Crimes, Camera, Action. Inspired by the classic English writing of Agatha Christie, Noël Coward and PG Wodehouse, the madcap comedy thrillers have so far seen the company head to locations are varied as the English Riviera and the banks of the Nile. This time, they’re in Golden-era Hollywood bringing in the world of Raymond Chandler and Dashiell Hammett with a slippery, hilarious case ready and waiting to be solved.

Meet Stan Shakespeare: a hard-boiled detective who has seen it all before. Or has he? When a crucial mix-up of theatrical props results in the accidental stabbing of a movie star, it sets in motion a bizarre chain of increasingly unfathomable events. Paying respectful, yet playful, homage to Humphrey Bogart, the latest creation by New Old Friends is every bit as energetic, inventive and amusing as the previous offerings in the series.

A cast of just four actors will again tackle multiple roles – sometimes within the same scene – bringing the full force of New Old Friend’s talent for skillfully ramshackle comedy to the stage. Tour details can be found here.