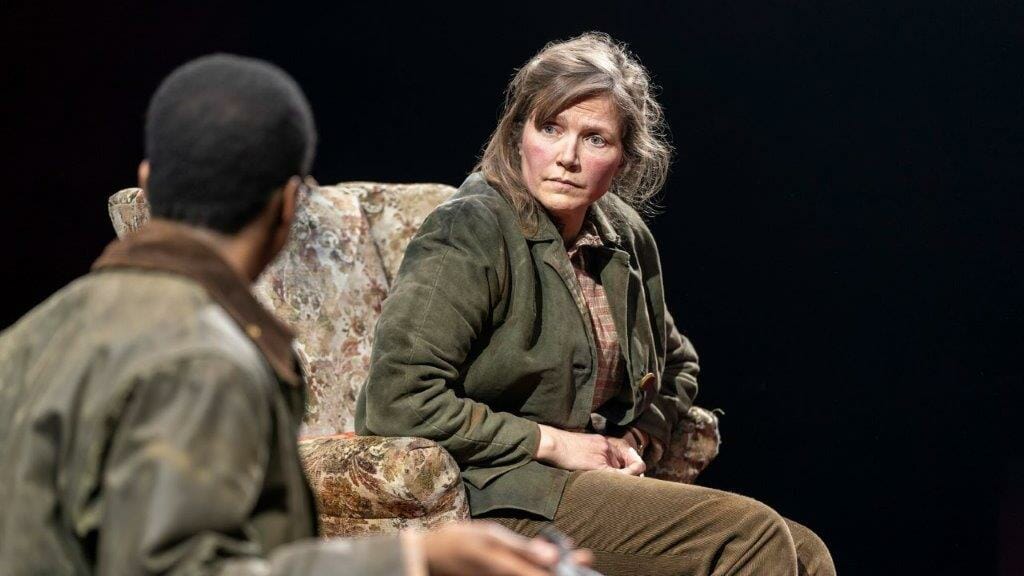 The Donmar Warehouse today releases the production images for Lyndsey Turner’s new production of Caryl Churchill’s Far Away which is opens this evening.

You’ve found something secret. You know that don’t you? In a cottage far away, a child wakes to the sound of screaming. Who will tell her what’s really going on? And where will the discoveries she makes that night take her in the years to come?

Caryl Churchill’s dazzling play about a world sliding into chaos receives a new production at the Donmar, twenty years on from its explosive premiere. Lyndsey Turner directs. BAFTA-winning actress Jessica Hynes will make her Donmar debut in the role of Harper alongside Aisling Loftus as Joan and Simon Manyonda as Todd.

First Look: Caryl Churchill’s A Number at The Bridge Theatre

Initial Casting Announced for Top Girls at the National Theatre