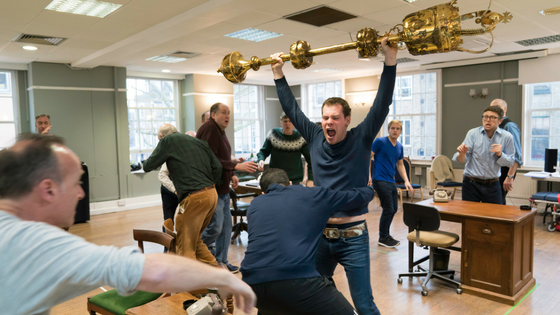 Rehearsals have begun for the first UK tour of This House, which opens at West Yorkshire Playhouse on 23 February.

James Graham’s critically acclaimed and prescient political drama takes on a new importance in the current political climate. Are we in the midst of a political revolution? Can the country stay united? Roll back to 1974… The corridors of Westminster ring with the sound of infighting and back biting as Britain’s political parties’ battle to change the future of the nation, whatever it takes.