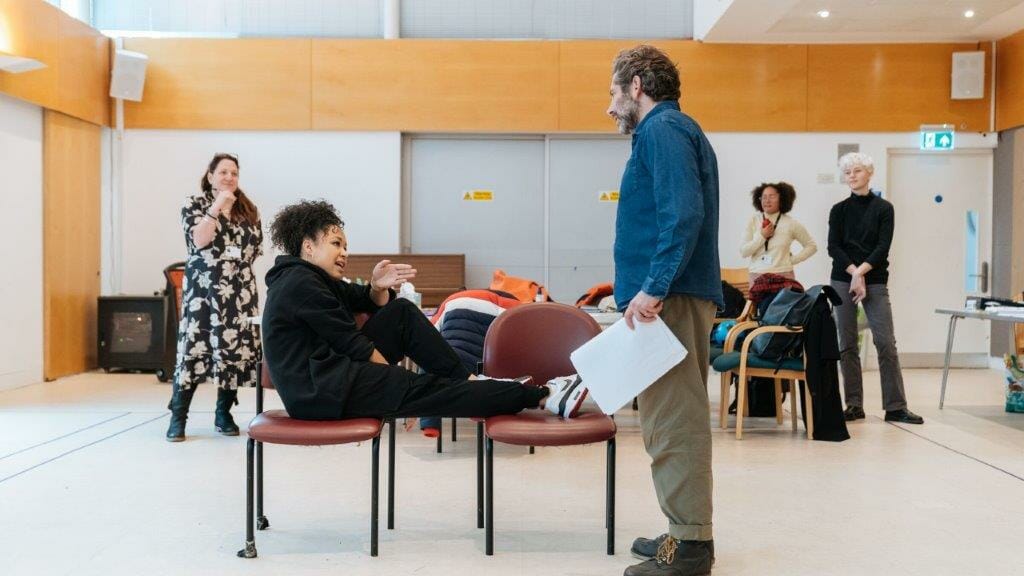 Rehearsal images have been released for the London première of Mike Bartlett’s latest play Snowflake which will run at Kiln Theatre over Christmas.

Clare Lizzimore directs Elliot Levey (Andy) and Ellen Robertson (Maya) who created their roles in the original run at Old Fire Station in Oxford; and they will be joined by Amber James (Natalie).

The production opens at Kiln Theatre on 16 December, with previews from 10 December; and has already extended for an additional week, now running until 25 January 2020.

Snowflake at Kiln Theatre in Rehearsal c. Manuel Harlan
1 of 5

Cast of The Color Purple in Concert Record Title Number to...