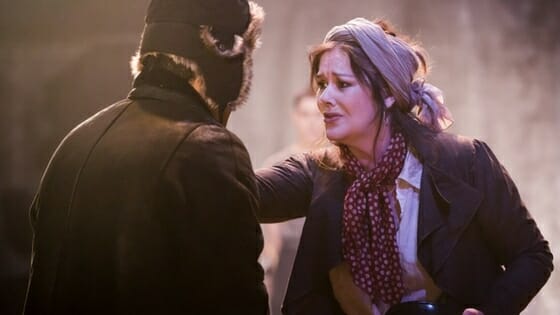 Tonight is the official opening night of Bertolt Brecht’s Mother Courage and Her Children at Southwark Playhouse, starring Josie Lawrence.

In a land ravaged by war, Mother Courage pulls her cart with her three children in the wake of the army, trading with soldiers and attempting to make profit from the war. Widely considered to be one of the greatest plays of the 20th century, Mother Courage And Her Children has been described as the greatest anti-war play of all time. It remains a timely exploration of displacement, war weariness and invisible enemies. It mirrored then, as it does now, the growing fear at the ever-advancing threat of terror infiltrating our everyday lives and our desire to protect ourselves and what is ours at any cost.