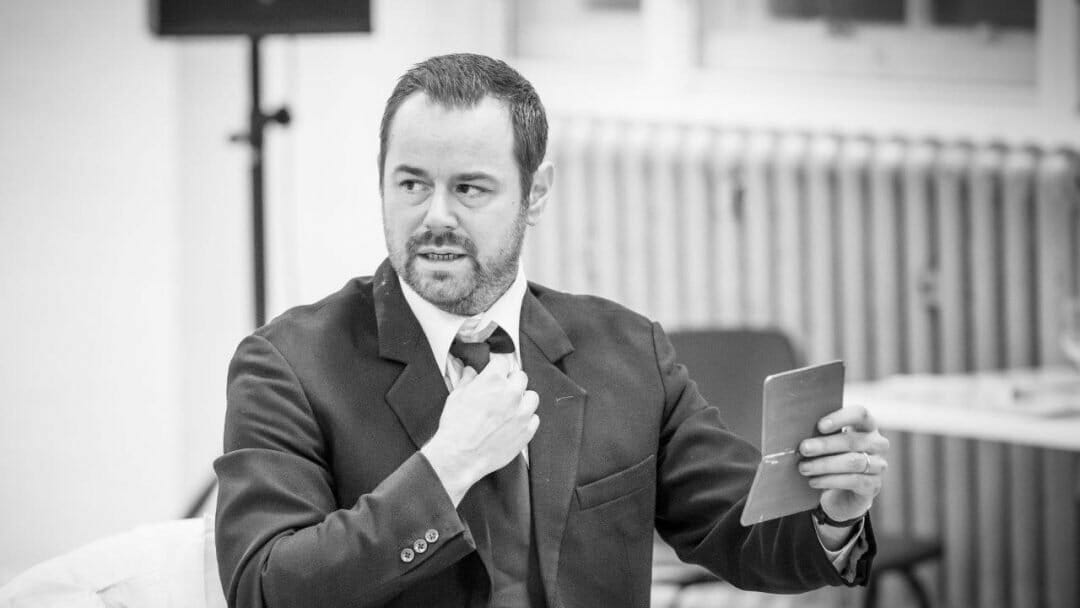 Images have been released of Danny Dyer, Martin Freeman, John Heffernan and Gemma Whelan in rehearsal for Pinter Seven from the Jamie Lloyd Company’s Pinter At The Pinter season.

The Pinter at The Pinter season culminates with two unmissable comedies that explore the political machinations of the powerful and the powerless.

When a mysterious figure enters their elegant country home, the lives of Flora and Edward are changed forever.

Gus and Ben, two hit-men, await their next job in a derelict building – but what is the cost of their quest for meaning?

A Slight Ache and The Dumb Waiter, both written in the late 1950s, are directed by Jamie Lloyd.