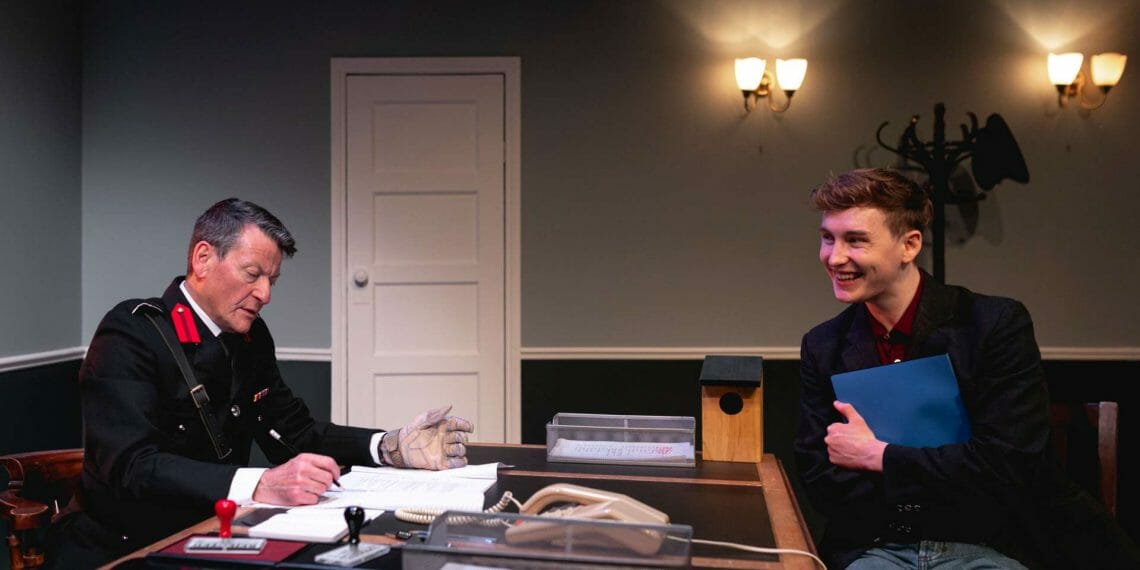 First Look: The Last Laugh at Theatre at the Tabard

First look production images have been released for Theatre at the Tabard’s The Last Laugh by Richard Harris, the first in-house production in their relaunch season, following a short closure and return to the Tabard name.

Nick Bromley directs David Tarkenter (The Censor) and Matt Wake (The Writer) in this hilarious and moving satire about freedom of expression and censorship, adapted from an original play by Japanese writer Kōki Mitani. The production opens at the Theatre at the Tabard on 16 November, with previews from 9 November, and runs until 3 December.

A beleaguered comedy writer meets a stubborn government censor with no sense of humour in repeated attempts to gain approval for his new play. As the writer jumps through the censor’s hoops, a new play emerges while the two very different men come to understand one another and build an unlikely bond.

Set in a dystopian state with the war outside creeping ever closer, this witty play explores what comedy is and why it is so important to laugh.

The Last Laugh is by Richard Harris (Stepping Out, A Touch of Frost) adapted from an original play by Japanese writer Kōki Mitani. It premièred in 2007 on a national tour with Martin Freeman and Roger Lloyd Pack in the lead roles.

Theatre at The Tabard Announces The Last Laugh By Richard Harris 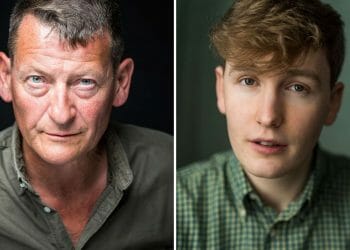 Theatre at The Tabard Announces The Last Laugh By Richard Harris 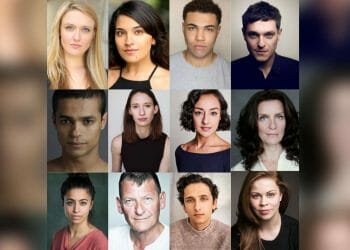 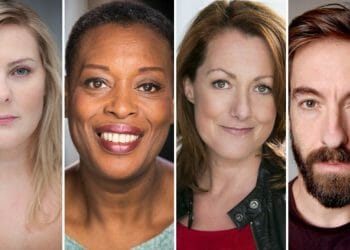 Cast Announced for Stepping Out at Stephen Joseph Theatre