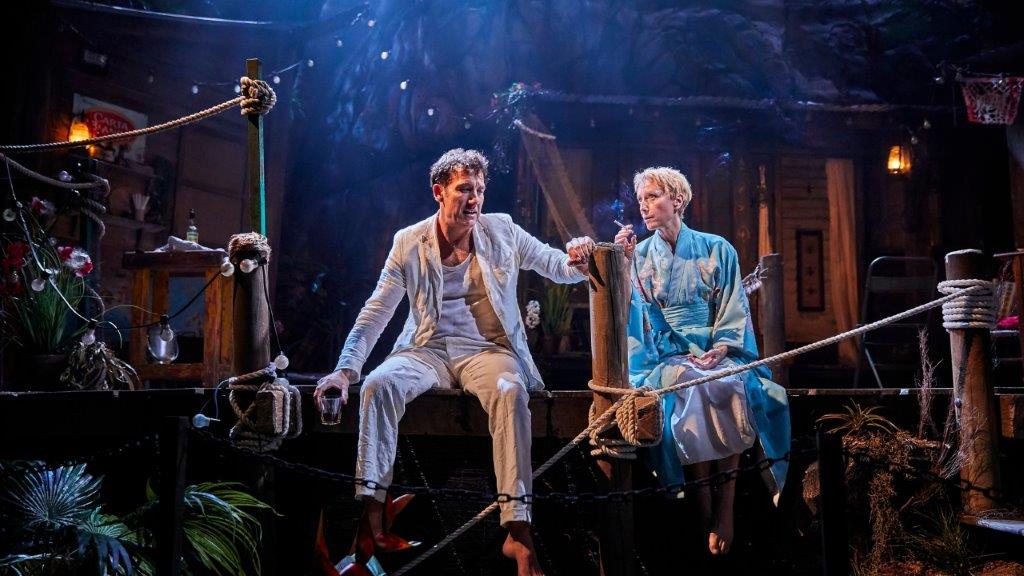 Production images have been released for The Night of The Iguana which is currently in previews at The Noël Coward Theatre.  The production features in our top ten shows to see in July.

Thrown together for one eventful night that pulses with conflicting passions and a surprising edge of humour, a group of tourists including Shannon, a disgraced priest and a troubled artist Hannah arrive at a remote coastal Mexican hotel run by the beautifully sensual Maxine. One night brings them together, and will leave them forever altered. What path will they choose?

Book The Night of The Iguana Tickets

The Night of the Iguana c Brinkhoff.Moegenburg.
1 of 6

Review: The Night of the Iguana at The Noel Coward Theatre

First Look: The Night of The Iguana at Noël Coward Theatre in Rehearsal