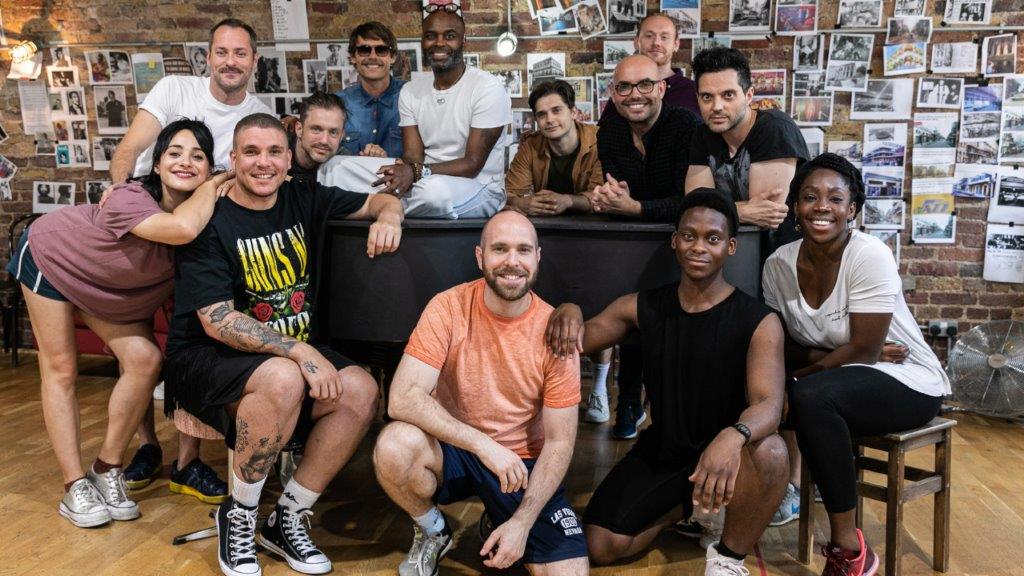 Rehearsal images have been released of the cast of the European premiere of new LGBTQ+ musical The View Upstairs. The show opens at Soho Theatre on 18 July running until 24 August, and is number one in our top ten shows to see in July.

The musical opens in present day when Wes (Tyrone Huntley), a young fashion designer buys an abandoned space, not realising this had been the UpStairs Lounge, a vibrant ’70s gay bar in the French Quarter of New Orleans, which, in 1973, was burned down in an arson attack, killing 32 people.

The View Upstairs brings to life this forgotten community and takes the audience on an exhilarating journey of seduction and self-exploration, celebrating the lives of those forgotten, while featuring a soulful, rock and jazz score.

The View UpStairs in Rehearsal c. Darren Bell
1 of 6