Headlong Unprecedented Real Time Theatre From A State Of Isolation

Written by celebrated playwrights, curated and directed by Headlong and Century Films and performed by a cast of over twenty UK actors, Unprecedented is a series of short digital plays exploring our rapidly evolving world. The plays will respond to how our understanding and experiences of community, education, work, relationships, family, culture, climate and capitalism are evolving on an unprecedented scale. The series will ask how we got here and what the enduring legacy of this historic episode might be. Further details will be announced shortly.

Using digital conferencing technology, and combining live and pre-recorded material, these intimate new plays will give an immediate insight into this unprecedented communal experience. Working closely with several directors and a team of freelance creatives, Headlong and Century Films will publish the series online in April for audiences to stream directly from their homes.

Jeremy Herrin, Artistic Director / CEO, Headlong says: “At Headlong, we’ve been trying to process the disruption and, like many of us in the theatre industry, we have been trying to cope with the closure of shows, and the challenges facing future productions.

In these uncertain times we want to engage with our family of artists: our playwrights, directors and actors and other creatives, and provide them with a platform to share their insight, wisdom, humour, anger, fear and optimism or whatever else they’ve got at this pivotal moment. Theatre is a way of processing contradictions meaningfully, and I hope that this project will help artists and audiences alike find connection and meaning in their isolation, and provide an uplifting and perhaps inspiring diversion”

Brian Hill, Managing Director, Century Films says: “I’m very excited to be working with the team at Headlong and to show how a collaboration of storytellers from the worlds of theatre, film and television can produce brilliant work that addresses the current crisis.”

Unprecedented: Real Time Theatre From a State of Isolation is the latest digital project from Headlong. Previous projects have included two series of short films produced in partnership with the Guardian, Europeans: Dramas from a Divided Union (2020), and Brexit Shorts (2017). 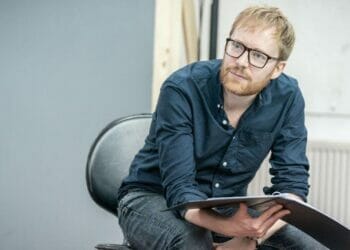