After a successful streaming run in the UK and Europe, the new play NOIR inspired by 40s and 50s black and white movies, will finally be available in America and the rest of the world as it joins the theatre streaming site OVERTURE+.

Now bored with life and the marriage decaying, she wants out, and she will do anything to make that happen. Meeting a group of teenagers at the local school where she works, including the rebellious but broken Jimmy Flynn (Richard Allen), sets in motion a plan that will include seduction, passion, lies, manipulation and murder.

NOIR was captured on film during the global pandemic that caused theatres to close for 17 months. The show was due on stage in front of a live audience, but with that ruled out, Vertigo and the team gathered safely for a week to bring NOIR to the screen.

Filmed on only three camera phones by the producer and director (to keep numbers in the venue down), who had never shot or edited a film of any kind before, this was a true labour of love, a way to keep theatre alive and deliver it to a home audience.

This is a ‘stylish and stunning‘ black and white capture of NOIR that is sure to take you back in time to a world of hardened detectives, burning desires, teen angst, lust, murder and a deadly femme fatale.

NOIR will be available to stream from Sept 4th to Dec 4th 2021. https://overture.plus/patron/Vertigo-Theatre-Productions 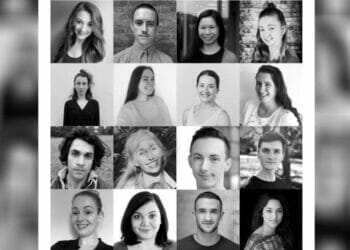