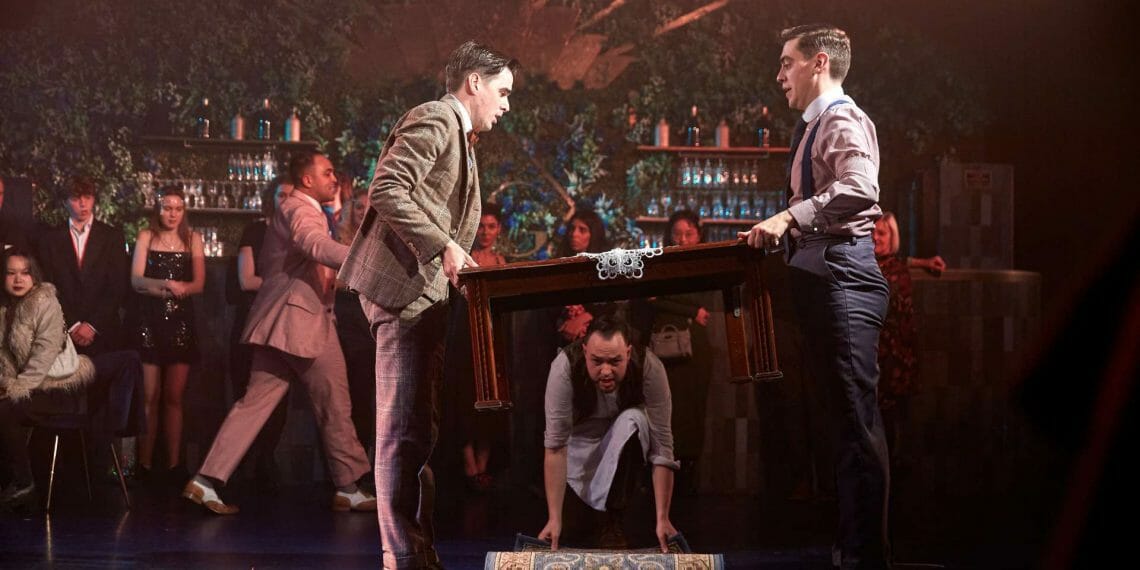 Immersive Everywhere’s The Great Gatsby to Transfer to New York

Immersive Everywhere – led by Olivier Award-winning producers Louis Hartshorn and Brian Hook – are pleased to announce that the UK’s longest running immersive theatrical production, The Great Gatsby, will make its US debut next spring.

Adapted and directed by Alexander Wright, The Great Gatsby will begin performances in New York on 9 March 2023 with an opening date to be confirmed, in the city’s newest theatrical venue – the Park Central Hotel, with tickets on sale on 28 November.

The London show will continue to play at Gatsby’s Mansion within Immersive|LDN in Mayfair until 7 January 2023.

To celebrate this, and to mark the show’s seventh birthday on 3 December, the producers are offering the chance for a UK audience member to go and party in New York – any ticket purchased for any show at Gatsby’s Mansion in November, December or January 2023 will be entered into a prize draw to win a trip to see the show in New York, with a two-night stay at the Park Central Hotel. (full T&Cs  here).

Welcome back to the roaring twenties! Jay Gatsby invites you to one of his infamous parties. The champagne flows and as the drama unfolds the man himself will be the perfect host. As invites go, this is the hottest ticket in town. A hedonistic world of red-hot rhythms, bootleg liquor and pure jazz age self-indulgence awaits. Dress to the nines and immerse yourself in this heart racing adaption of F Scott Fitzgerald’s seminal tale.

First conceived in 2015 when director Alexander Wright and producer Brian Hook were running The Fleeting Arms – a pop arts and community pub in an abandoned building in York, the show has subsequently run in fourteen other venues worldwide.

The Great Gatsby first came to London as part of VAULT Festival in 2017 before moving to Gatsby’s Drugstore in London SE1 and transferring to Gatsby’s Mansion in the West End in 2019. Forced to close in March 2020 by the pandemic, it was one of the first shows to re-open that year under socially distanced conditions before its forced closure in November due to the subsequent lockdown. It reopened in September 2021 back to its original pre-pandemic format, and with the venue at full capacity.

Brian Hook said, “The Great Gatsby is finally coming to its spiritual home in New York. Dark, hedonistic, literary and theatrical, this immersive telling of one of the world’s greatest novels brings audiences closer to Jay Gatsby’s opulent world than ever before.”

Tickets for The Great Gatsby London are on sale via www.immersivegatsby.com, and tickets for New York will go on sale on Monday 28 November via the same site.