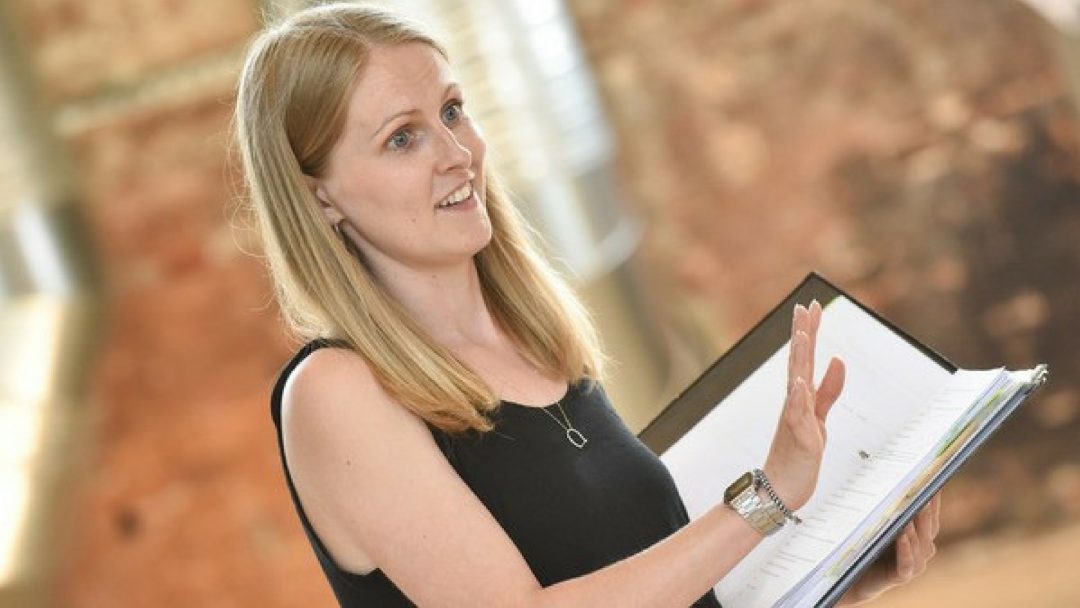 We spoke to director, Cara Nolan to find out more.

Europe After The Rain is at Mercury Theatre Colchester 25th May – 9th June 2018.

You are directing Oliver Bennett’s Europe After the Rain, what can you tell us about it?

It is a very funny and brutally honest play that looks forward at what waking up in post the Brexit UK could be like. It is told through the lives of four characters who are struggling to find their way in a fast-changing world.

I worked as an assistant to Artistic Director Daniel Buckroyd a few years ago on a production of Clybourne Park. Daniel got in touch about Europe After the Rain late last year and I knew straight away I wanted to work on it.

What do you like most about Oliver Bennetts writing?

I love the sense of humour, the complexity of the characters, and the pace and realistic quality of the dialogue in Oliver’s writing. What appealed to me the most about Europe After the Rain was Oliver’s ability to create characters who are both consistent and contradictory. They are evolving throughout the play and not simply in one direction but in many.

What are the challenges or opportunities of directing a play about a topic that’s so much in the public consciousness?

The goal for me is to always be creating work that is in the public consciousness. The very thing I love about theatre as an art form is its ability to respond to what is happening in the world around us with a certain amount of immediacy. This provides me with the opportunity to direct work that is relevant to its audience’s experiences and that might start a conversation.

The challenges are to do so in a way that provokes and does not preach. What I love about this play is the way in which all sides of the ‘argument’ are represented. It is my job to ensure that all of these points of view are communicated even when they conflict with my personal politics. This has meant not judging the characters by my own standards but instead searching for a better understanding of their world. This can be challenging but it is something that we could all do with doing more often.

Have there been any heated political debates during the rehearsal process?

There has been plenty of discussion and debates but they have not become heated. I think because the play has required us all to consider what could happen, rather than what we want to happen, we have needed to maintain some overall perspective on the political landscape. There have been lots of long sighs about the state of the nation, but these have usually been followed by a good laugh about it too.

You’ve worked along side Kenneth Branagh previously , what is the most valuable lesson he taught you?

He taught me to make the most of every minute in the rehearsal room and that no matter how hard you work you should always be having fun!

If we’re sick of hearing about Brexit how can you tempt us to come see Europe After the Rain?

It’s not about Brexit! It’s about how big decisions affect our everyday lives. It’s a funny and thought provoking look at what our future could be told through the lives of four people struggling to find their way in a new world

Cast Announced for Hero of Our Time at The Arcola Theatre

Cast Announced for Europe After The Rain at Mercury Theatre Colchester