"How often does one get the chance to hear what really happened at Pemberley straight from Mr Wickham’s lips? He’ll reveal all about Darcy, tell a few truths about Lizzie and even throw Lord Byron into the mix"

Catherine Curzon, along with Adrian Lukis is the writer of Being Mr Wickham. This one-man play, which will also star Lukis, is about one of Jane Austen’s most charmingly roguish characters.

Directed by Guy Unsworth, Pride and Prejudice’s George Wickham is on the eve of his sixtieth birthday and wants to lift the sheets on exactly what happened thirty years on from where Jane Austen left him.

Being Mr Wickham will be live streamed from the stage of the Theatre Royal Bury St Edmunds at 7:30pm on Friday 30 April and at 3pm & 7:30pm on Saturday 1 May 2021 via originaltheatreonline.com. Tickets are on sale now.

Your play, Being Mr Wickham, is set to be livestreamed from Theatre Royal Bury St Edmunds, what can you tell us about the play?

Being Mr Wickham takes the audience on a trip back to the nineteenth century, when one of literature’s most famous rogues may be a little older, but whether he is any wiser remains to be seen. How often does one get the chance to hear what really happened at Pemberley straight from Mr Wickham’s lips? He’ll reveal all about Darcy, tell a few truths about Lizzie and even throw Lord Byron into the mix. Plus, audiences will finally discover how things turned out with the inimitable Lydia!

What inspired you and Adrian Lukis to revisit Jane Austen’s character?

As a historian of the eighteenth century, I know that Jane Austen is a woman who fascinates modern audiences. There’s something irresistible about her world and the stories she told, and I’d long been interested in writing a monologue for Wickham, having written some pieces in his voice for a celebration of Jane Austen’s work.

Adrian had been performing his own Jane Austen show, mingling biography with readings from Austen’s work and music and song from her era.  When I mentioned to him that I’d been thinking about a Wickham monologue, it turned out that he’d had a similar idea himself, albeit in novel form, and it made perfect sense to pool our resources! I went off and prepared a first draft, which was eventually shaped by both of us into Being Mr Wickham.

Does the character’s dubious reputation make it easier or more difficult to imagine him in the years beyond Pride and Prejudice?

Wickham’s dubious reputation is an absolute gift to an author. Whilst Darcy’s future was rather mapped out as the respectable husband and master of Pemberley, Wickham had the whole world to explore. Though he might not have the fortune, the reputation and the stately home, he had no shortage of ambition, charm and spirit! It really was just a question of letting him tell us what he got up to once the book was closed.

Has this new world of livestreamed theatre affected the script, have you had to make changes to accommodate the technology?

The principal difference is the size of performance, which Adrian is pitching to the camera rather than ‘the back of the house’. Rather than performing as if to a full theatre of hundreds, he’s approaching it as one would when addressing an intimate group of friends at home. After all, Wickham is telling his story to visitors to his home on a quiet evening sometime in the nineteenth century. As Adrian himself says, “Essentially I am still, as the actor, trying to be as truthful and engaging as possible. The beauty of the camera is that it is very intimate, which is lovely!”

What part of the process of writing Being Mr Wickham did you find most exciting?

The era through which Wickham lived was one of immense upheaval. Britain saw four monarchs, and transitioned from the Georgian era to a new world under the reign of Queen Victoria. Once Adrian and I began discussing not only Pride and Prejudice, but Wickham’s youth – after all, one can’t understand a character unless one knows what forged him – and the decades that had passed since his marriage to Lydia, he came to life. The hardest thing was deciding what to leave out, which was exciting in itself. Thanks to Austen’s exquisite characterisation and storytelling, it felt as though we were looking back on a man who had truly lived and breathed, and who had no end of stories to tell.

What would you say to anyone thinking of booking to watch Being Mr Wickham?

They should absolutely do it! Mr Wickham is a splendid host for an evening, and who knows what secrets he might reveal? 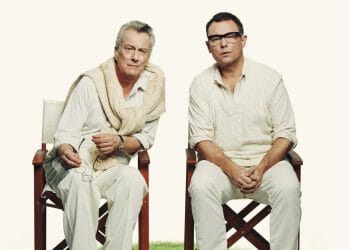 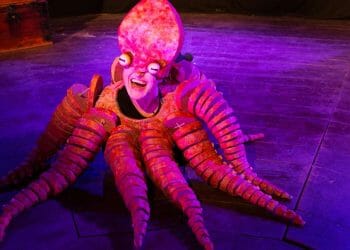 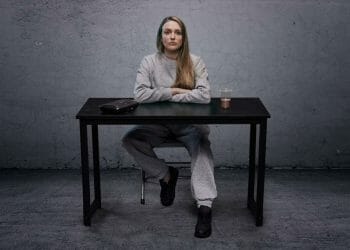 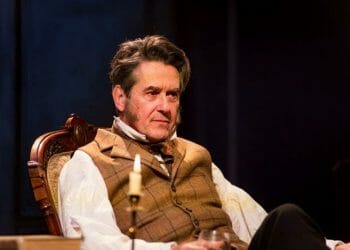 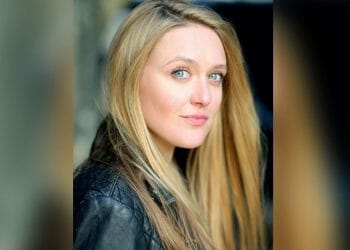