Interview: Catherine Cusack from Judith: A Parting From The Body

Judith: A Parting From The Body by internationally-renowned playwright Howard Barker returns to the stage for a UK tour this autumn, telling the apocryphal story that has fascinated artists for centuries. Barker, lauded by The Times as ‘England’s greatest living dramatist’, pulls back the dusty sheets of Holofernes’ tent in this radical re-telling revealing what really happened in this mystic tale.

We caught up with Catherine Cusack (Coronation Street, ITV; The Crucible, Belfast Lyric; All That Fall, Broadway, Arts Theatre, Jermyn Street) who plays the title role.

You are appearing in Judith: A Parting From The Body, what can you tell us about the show?

It’s Howard Barker’s brilliant take on what really happened in the tent when Judith, the biblical heroine, attempted to carry out her plan to seduce and murder Holofernes, the Assyrian general who was about to annihilate her people. But it is very, very far away from the version in the bible! It’s about male/female power play, moral certainties being exploded, how the terrorised become the terror. It’s funny, twisted and very importantly, short!

What attracted you to the role of Judith?

Cast Announced for The Shadow Factory at NST City

Anita Dobson to Star in The Shadow Factory at NST City

I really think it is one of the great roles for a woman. First off, Barker’s words are a joy for actors, witty, uncompromising and unpredictable. It’s challenging, he wants his characters to think on the line. COMPLETELY. No fannying around trying to find the thought! Which is difficult but incredibly liberating. These characters have such speed of thought, and such wit at their fingertips, it’s finding you suddenly have a quite brilliant brain in your skull. Which is not how I feel most days..!

Back to Judith. Her journey is extraordinary, a rich widow attempting an incredibly brave/foolhardy mission meets a mind, in the body of her sworn enemy, that lights her up and blows her own assumptions and ways of thinking out of the water. But there is also the hugely important character of the Servant, who to some extent is manipulating Judith . So there is this incredible pressure on her from all sides as she glimpses, in this moment in this tent, the possibility of personal liberation. The lightning speed twists and turns the play asks of whoever is playing Judith are exhilarating and sometimes scary. Judith gets to transform several times in the play, which is a delight. And I simulate an act of extreme violence every night, what’s not to like….

You’ve performed on stage and TV, do you prepare differently for a stage role?

Well, you have the luxury of rehearsal time. So you can indulge yourself in research (which I quite like to do, probably a displacement activity…) although with Judith I think we all found that we needed to focus on what Barker was asking of us. I’ve been doing mostly stage for the last ten years and it is where I feel most comfortable, perhaps because you have that time to attempt to slip into another skin. Practically, Judith does demand that you’re prepared vocally and physically, so I can’t skimp on warm ups!

Judith: A Parting From The Body will be performed in London, Poole and Colchester, what are you looking forward to most about performing in different locations?

I’ve been on tour a lot this year and it’s one of the most stimulating things to do in theatre. I was touring through the lead up to the general election and you find out so much about the differences in the country. I know we’re not going too far afield this time but it’s always good for actors to get out of London. We all know the bubble we live in here. You get taught!

It’s a small cast of three, how have you got to know each other?

Well, we’ve been working together for quite a while now, as REND associates, and I include our director Robyn Winfield Smith, it’s most definitely an obsessed group of four! There’s a closeness and shorthand established; there’ve been quite a few film nights over the years. We certainly share tastes in terms of films, art, plays which unites us in the fascination with Barker. But in the early days, just by doing this incredibly intense but extraordinary play. You don’t have a choice! The play asks such laser like intensity to exist between all the characters, their need for or rejection of each other is at the maximum throughout. You just can’t help the necessary trust and openness building up to get us where we need to be. If you have the right set of actors!

What have you learnt most from playing Judith?

Still learning! Very much so. I guess, to trust your instincts, to trust your director when they’re as good and rigorous as Robyn (we’re mates so I’m not crawling), to dare to get out of your comfort zone. And that holding a sword in your hand is a beautiful thing!

Judith: A Parting From The Body is at London’s Omnibus Theatre 13th – 15th September before travelling to Poole and Colchester. 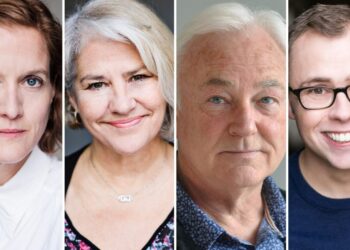 Cast Announced for The Shadow Factory at NST City 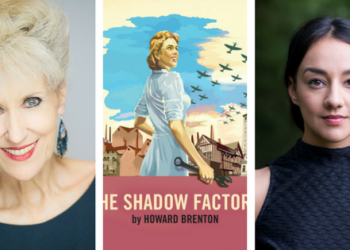 Anita Dobson to Star in The Shadow Factory at NST City 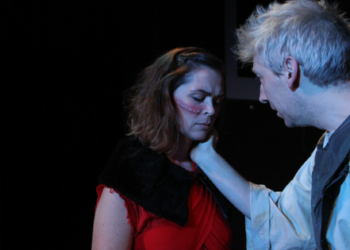 Review: The Castle at The Space

UK Tour of Howard Barker’s Judith: A Parting From The Body