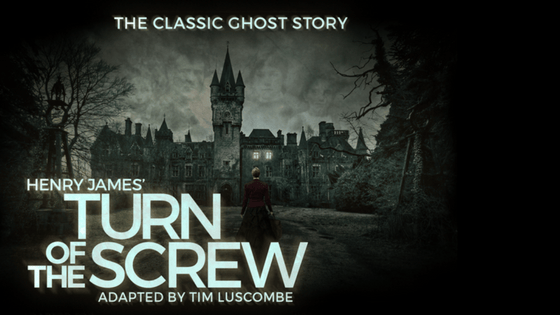 Interview_ Daniel Buckroyd Director of The Turn of the Screw

Interview: Daniel Buckroyd Director of The Turn of the Screw

This spring sees the world premiere of a dynamic new adaptation of Turn of the Screw embark on a UK tour. This thrilling production of Henry James’ much-loved classic ghost story is faithful to the original and captures its much-celebrated ambiguity.

We caught up with director Daniel Buckroyd to find out more.

You’re directing a new adaptation of Turn of the Screw, what can you tell us about it?

The majority of the action takes place in 1840, when a young governess agrees to look after two orphaned children in Bly, a seemingly idyllic estate deep in the Essex countryside. But shortly after her arrival, she realises that they are not alone; there are others with them – the ghosts of Bly’s troubled past. The Governess vows to do whatever it takes to keep the children safe, even if it means making the ultimate sacrifice. At the climax of the story, the boy, Miles, dies in The Governess’ arms – or was it by her hand? The novel doesn’t make clear exactly what happened that night, and even the Governess herself seems unsure whether to trust her memory of events, making Turn Of The Screw both a cracking good ghost story and a fascinating psychological drama.

Retaining the novel’s much-celebrated ambiguity, and letting the audience draw their own conclusions about the events in Bly, this ‘edge of the seat’ adaptation, packed with suspense and featuring some truly scary moments, is exceptionally faithful to James’ much-loved classic. Where Tim Luscombe brilliantly diverts from James’ original, however, is in setting the events of 1840 within the context of a meeting thirty years later between the Governess and her now fully-grown charge, Flora, who is demanding to know how her brother perished all those years ago. This highly theatrical approach, which Tim has woven beautifully into the structure of his script, promises to add hugely to the unsettling experience we expect our audiences to have.

How did you become involved in the project?

Turn Of The Screw has been on my directorial ‘hit list’ for ages – it’s such a great story! – so when independent producer Dermot McLaughlin brought us a new adaptation that he’d commissioned, with a view to the Mercury potentially launching a tour, I was really keen to get involved. Dermot’s been developing this piece for a number of years so the starting point was he and I having a series of conversations to discuss the book and Tim’s enthralling and very particular adaptation, to make sure we were both on the same page about the kind of show we wanted to create, which I was delighted to discover we were. We then decided to programme it into the Mercury’s Spring 2018 season and, with Wolverhampton Grand now on board, Dermot got cracking on confirming the tour.

How closely have you worked with Tim Luscombe who has adapted Henry James’ original?

I’ve admired Tim’s writing for years but this is my first time working with him – and so I’m delighted to say that it was clear from our first meeting that it’s going to be a complete joy. His adaptation was already pretty fully developed by the time we first met, but Tim is such an experienced theatre collaborator (he’s an accomplished director as well as a writer) that he understood all the questions I needed to ask to begin the process of working with other creatives and start thinking about casting. Tim will be joining us for the early stages of rehearsal and then again when we start running the show and through into previews – as with any new piece, having the writer’s eyes and ears on the process, checking that the stories and character journeys are as clear as possible, will be really useful.

Do you have to direct differently for a production that is touring?

There are lots of additional factors that a director and designers need to take into consideration when preparing a show for touring – mostly to do with how to replicate the look and feel of a show in a variety of different spaces – so our designer, Sara Perks, has been cross-referencing her emerging design with the ground plans of all the touring venues throughout her process – and our lighting and sound designers are beginning to think about the implications for them. I know I’ll also need to give some consideration in rehearsals to playing the show in both huge auditoria and more intimate playhouses – but we’ve got a great cast who I know will take this in their strides. Otherwise I’m not expecting the fact we’re touring to have a big impact on the rehearsal process.

What do you think makes this adaptation stand out from other adaptations of Turn of the Screw?

Tim’s highly original and completely absorbing framing device and the extraordinary ‘transformational’ demands that this makes on our actors – slipping backwards and forwards in time as the story unfolds – is going to make this a fascinating version.

Turn of the Screw is a Made in Colchester production, co-produced by the Mercury Theatre Colchester, Dermot McLaughlin Productions and Wolverhampton Grand Theatre. It runs from Fri 23 Feb – Sat 10 Mar, with a national Press Night on Thu 1 Mar, before departing on UK tour. For full tour dates, please visit the tour website. 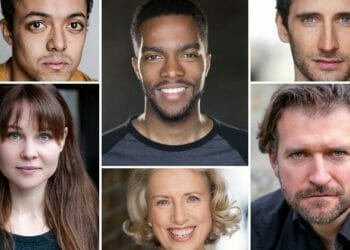 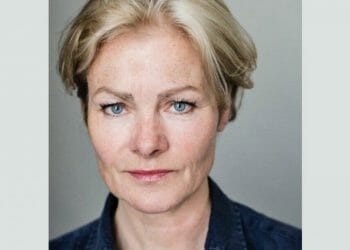 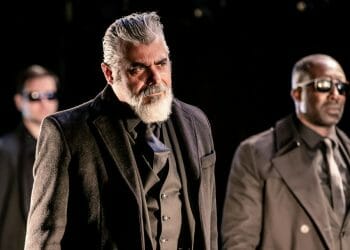 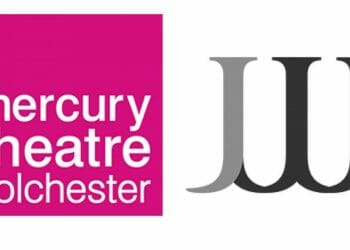 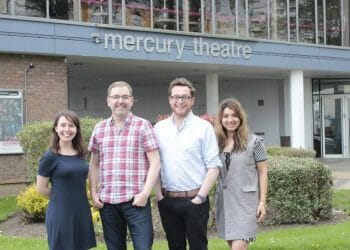 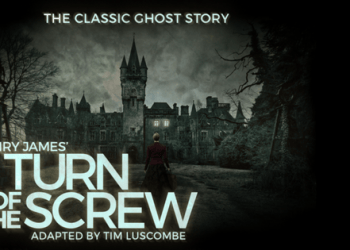 Cast Announced for Turn of the Screw