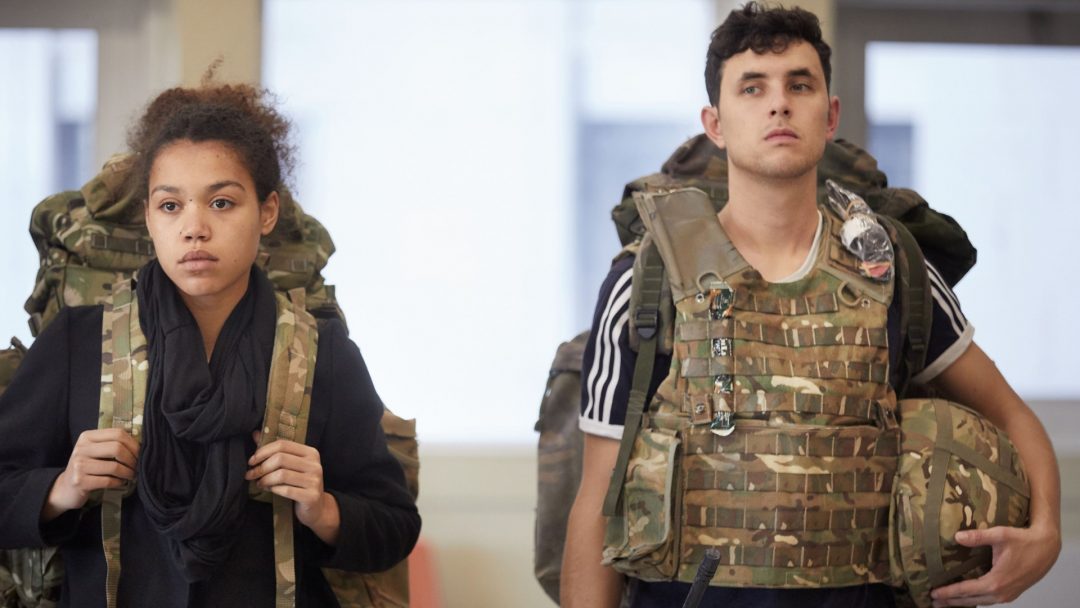 Sheffield Theatres and Out of Joint’s co-production of the world première of Kate Bowen’s Close Quarters stars Dylan Wood as Lance Corporal Brian Armstrong.  Dylan caught up with us to tell us more.

You’re appearing in Close Quarters at Sheffield Theatres, what can you tell us about it?

It is a play that explores whether women belong in the infantry of the British Army. Whether they are physically, mentally and emotionally able to complete all the training and become British soldiers.

A big, gallus lad but soft as a doughnut on the inside – [Lance Corporal Brian] Armstrong is very loyal to the girls, which affects his relationship with the rest of the lads in the platoon.  He’s a feminist! He’s trying to be a trailblazer fighting against the toxic masculinity of this patriarchal profession. He’s trying to prove that gender is a construct and these women have more than earned their right to be solders.

How did you research the role?

We all researched together as a cast. We spoke to a real solder in the rehearsal room, and watched a hell of a lot of ‘Our Girl’ and Army films.

What do you like most about Kate Bowen’s writing?

How have you and the cast been getting to know each other?

We’ve gotten to know each other very well, very quickly considering we’re been put through circuit training and assault courses together since day one. We’ve been lifting, throwing and fighting each other since we’ve known one another.

What are you most looking forward to about performing at Sheffield Theatres?

It’s my very first time in Sheffield so it’s really exciting for me. I’m very much looking forward to performing to a new city in a new theatre.

What would you say to anyone thinking of coming to see Close Quarters?

This is a show lead by three young women – come and see them do somersaults, Parkour and dodge bullets, it’s not to be missed!