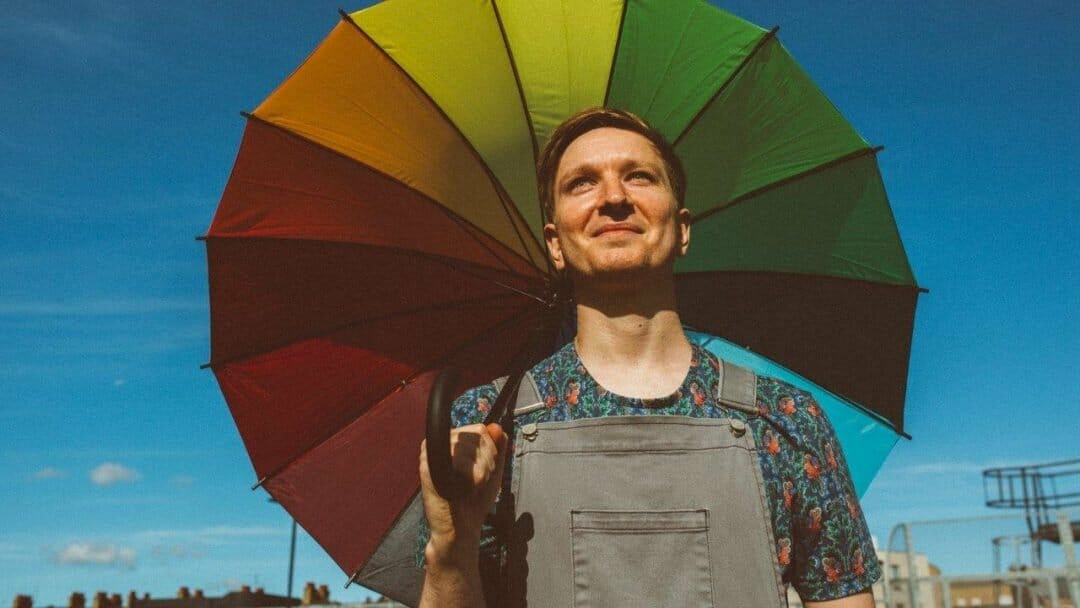 Poet Simon Mole and musician Gecko have joined forces to collaboratively write and perform a new show for children and families, Mole & Gecko: THE SHOW, which will tour theatres in, and around, London in Spring 2019.  Tour details below.

What made the two of you decide to work together?

We were both booked to do something at the same primary school, then a few months later Simon invited me to join a storytelling session sat on a massive mushroom under a tarpaulin in an arts centre (Norden Farm). I jammed along to some of Simon’s poetry that day and it felt nice. We decided “let’s meet up and do something” with no big goal in mind. And then we wrote loads straight away and it’s not stopped since then!

What makes Mole & Gecko: THE SHOW different from other shows for young people?

The audience interaction throughout, which grows as the show goes on so hopefully their confidence grows with it. As the show comes to a close the audience have the final say on what action brings the piece to an end. Simon has so much experience delivering workshops with kids, I feel that this creates such an open feeling that we’re all a part of it together. Also I hope my music brings something fresh as well.

Why did you want the audience to be involved at each performance?

We consume so much culture in a passive way and whilst it’s amazing the amount of things we have access to it can be quite easy to feel detached from it. The wonderful thing about live performance is that it will never happen in exactly the same way and the interactivity is just an extension of that idea. It reminds us all to genuinely live in the moment.

How did you find the process of writing the show, did you have to consider anything you wouldn’t normally think about when writing?

It’s been ridiculously fun. From the first time Simon and I decided to get together it has flowed really easily. We are both word play fiends so typically it’s been pun-demonium. As a singer/songwriter most of my work is as a Lone Ranger so it’s been especially refreshing to work on a collaborative piece with Simon and our director Peader. If your brain is a web of potential ideas, new brains make different connections possible. A big thing to think about has been unlocking what is genuinely funny for kids as opposed to what feels like it would be. This has been a brilliant challenge and it helped a lot being able to try things out in schools.

The show is touring various London venues, what challenges or opportunities does that create?

All the wonderful theatres we are performing at seem to have built up such a genuine connection with their individual communities. I think this is especially true when it comes to family events. So, it feels like a real opportunity to build something across all corners of our city. In December we were rehearsing at Arts Depot and every day the place was buzzing with kids and families. Me and Si hung around near our show posters a lot just trying to get recognised. Eventually we did but only by our director, Peader who said we had work to be getting on with.

Gecko And Mind The Gap Team Up For New Production, A Little Space