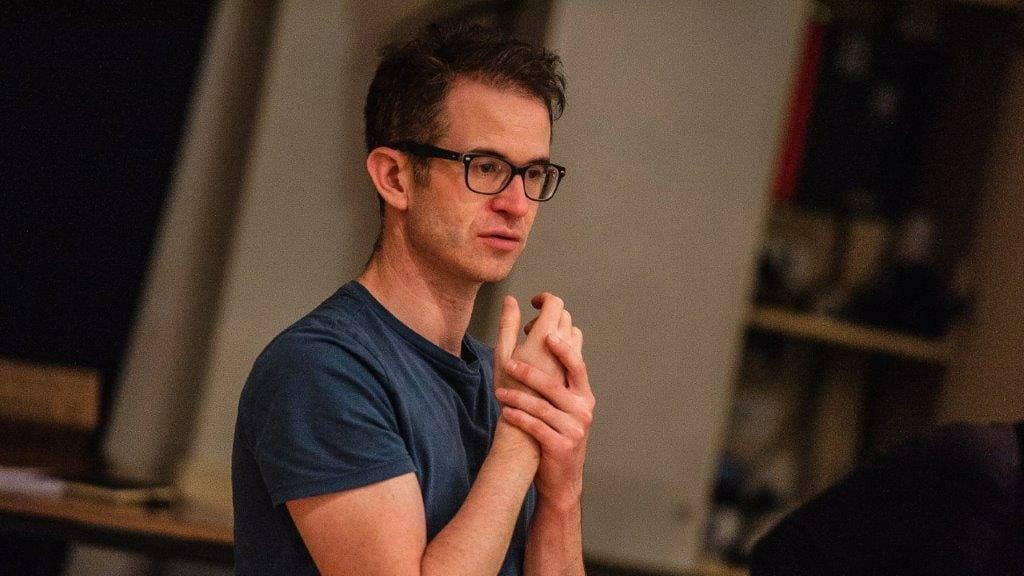 George Rae stars in the UK premiere of the revamped, brand new version of I Love You, You’re Perfect, Now Change at Chiswick Playhouse.

You’re starring in I Love You, You’re Perfect, Now Change at Chiswick Playhouse what can you tell us about it?

‘I Love You …’ is a hilarious musical revue which charts the journey of dating and romance.  It’s a series of vignettes depicting various love-themed situations that I’m sure most of us can relate to.  The overall theme of the piece is that of connection to another human being and it has moments of gut-wrenching laughter and utter poignancy.  We sing, dance and act our socks off playing an eclectic mix of characters.  A very cleverly written piece indeed!

This is a new version of the show, can you give us a flavour of what’s different?

Having performed the show more than 10 years ago, the main difference is that the authors (Jimmy Roberts and Joe DiPietro) have added new songs, new dialogue and have omitted certain numbers from the original piece.  It is also a more realistic take on dating in 2019, e.g. featuring same-sex couples.  This particular version is a UK premiere which we have set in and around the British Isles and we have anglicised certain references.

I play 10 characters throughout the piece, ranging from a straight, twenty-something IT geek to a gay, widowed septuagenarian!  All the characters I play have one thing in common: they are seeking the ability to love and connect with another human being.  For an actor, this piece is a total gem of a showcase in terms of showing off playing range!

What are you looking forward to most about performing at the newly rebranded Chiswick Playhouse?

Having recently performed on a large-scale UK tour playing some massive UK theatres, I am excited about performing in such an intimate venue such as Chiswick Playhouse where we will be able to connect with our audience.  I am also excited that such an exciting piece as ‘I Love You …’ is launching a newly rebranded theatre.  It’s such an exciting event to be a part of.

What’s been your biggest learning from director, Charlotte Westenra?

What I admire most about Charlie’s process is that she seeks the truth in every character and expects that we connect deeply with each individual character and also with the cleverly written text.  She literally makes us do our research homework and has encouraged us all to dig much, much deeper into characterisation and text and has created a truly inspiring, creative rehearsal environment in the process.  It’s a joy to work in such a way (and can be quite rare nowadays!)

What would you say to anyone thinking of coming to see I Love You, You’re Perfect, Now Change?

This UK premiere and updated version is truly unique and not to be missed.  The new songs are hilarious and anyone who has dated, been in love, been married, had in-laws or had a baby will relate to the show. If you fancy seeing four West End actors play over 64 different roles between them, get yourself down to the newly refurbished Chiswick Playhouse and enjoy an evening of wonderful songs, great dancing, outrageous comedy and heart-rending moments!