The Paper Birds’ tour of Mobile is an intimate piece of verbatim theatre, staged in a Caravan, about class, family and belonging. Based on personal testimonies collected in the community workshops, from research by collaborator Professor Sam Friedman, and the company’s own lives, the play explores our sense of home, aspiration and the realities of social mobility.

We couldn’t pass up the opportunity to chat to artistic director of Paper Birds, Jemma McDonnell.

Mobile will be touring across the country, what can you tell us about the show?

Mobile will be in parks, school playgrounds, on high streets, outside churches and village halls. It is a show about class and about how we are brought up, who we are and who we dream to be. In 2011, BBC began The Great British Class Survey, working with sociologists they wanted to look at how class categorisations might have changed. The researchers involved were completely overwhelmed that 160,000 people took the survey, but what they were underestimating was peoples song connection to class in relation to their identity. Mobile is about how our parents, our family, our upbringing, defines how we see and experience the world.

So, it’s performed in a Caravan!  How did that idea come about?

We wanted the show to be accessible and welcoming to all, theatre goers and non-theatre goers alike.  A caravan allowed us to take the show anywhere and everywhere. We also liked the idea of the caravan becoming our stage, one which we could create theatrical magic and trickery on/within, while also providing a very intimate and personal setting in which to tell some very moving verbatim stories. With up to 8 audience members as a time, the performer and the audience get to really connect.

What are the challenges of performing in such an intimate space and what secrets can you share about how you overcome them?

The audience sometimes feel a little apprehensive when they enter the caravan. It’s a small space and they feel vulnerable, but there is plenty within the show to relax the audience including biscuits and a game of connect 4. We want people to relax and enjoy the experience as there really is nothing scary inside!

This is the second show in the trilogy, will people need to have seen the first one before seeing Mobile?

No, each show is connected by the theme of Class but each show stands alone. We would hope that each show in the trilogy attracts and intrigues new and different audiences.

Do you think the people who contributed stories would recognise them, or have you added a performance element to them?

We have kept the stories verbatim so I think that they would be recognisable. They are more theatrical in the sense that the verbatim stories are not performed by actors, but are in fact, told though objects within the caravan that come to life.  I won’t spoil all the surprises that the caravan holds!

What would you say The Paper Birds Theatre Company is best known for? 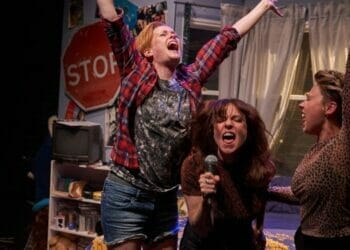 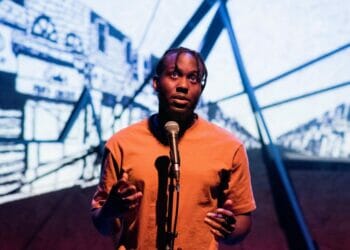 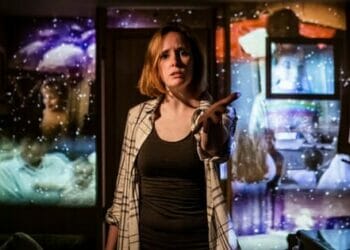 New Dates for The Paper Birds’ Tour of Mobile