Home Interviews Interview: Joanna Brookes on Much Ado About Nothing at The Watford Palace... 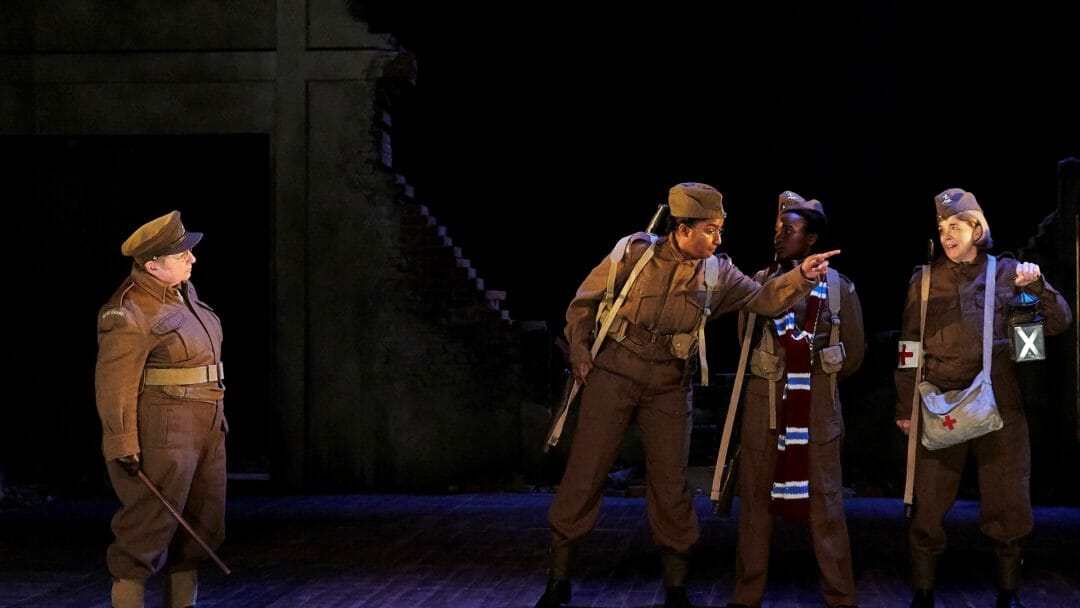 Joanna Brookes plays Dogberry/ Antonio in Watford Palace Theatre’s all female production of Shakespeare’s sparkling comedy of misunderstandings, Much Ado About Nothing, given a 1940s twist!

Set at the height of the Battle of Britain, this affectionate homage to the servicewomen of World War Two is a playful salute to the all-male productions of Shakespeare’s own time.

Much Ado About Nothing is at Watford Palace Theatre 4th – 27th October 2018.

Much Ado About Nothing is coming to Watford Palace Theatre, what can you tell us about this version of the play?

Our version is set in WWII. It is an all-female production – imagine that there are simply no chaps around to play the men’s parts!

One is completely dotty and very kind. The other is bossy, pompous, optimistic and also completely dotty, they both have particular vocal and physical qualities which have been fun to explore.

What’s the best thing about being in an all-female production?

There is always chocolate and cake in the rehearsal room.

You’ve performed Shakespeare before, does it feel different in an all-female cast?

There is just as much ambition and opinion as there is in a mixed company but the atmosphere is very much tempered by a particular generosity of spirit. No testosterone but plenty of drive!

How have you all been getting to know each other?

By the simple process of rehearsing, comparing notes, having a shared aim.

It’s set in the 1940’s does that give you any opportunities to explore your characters differently?

Women were emerging as tough, capable, clever brave people. The female characters in this production have nothing soppy about them. The male characters are very varied – heroes, villains, idiots, chancers. All the characters that emerge in wartime.

What would you say to anyone thinking of coming to see Much Ado About Nothing?

Come and see it! You will see a fantastic love story with laughs, tears and drama.

New English Shakespeare Company Launches With Much Ado About Nothing