Theatre Weekly
Home Interviews Interview: Jonathan Brown on Of Our Own Making 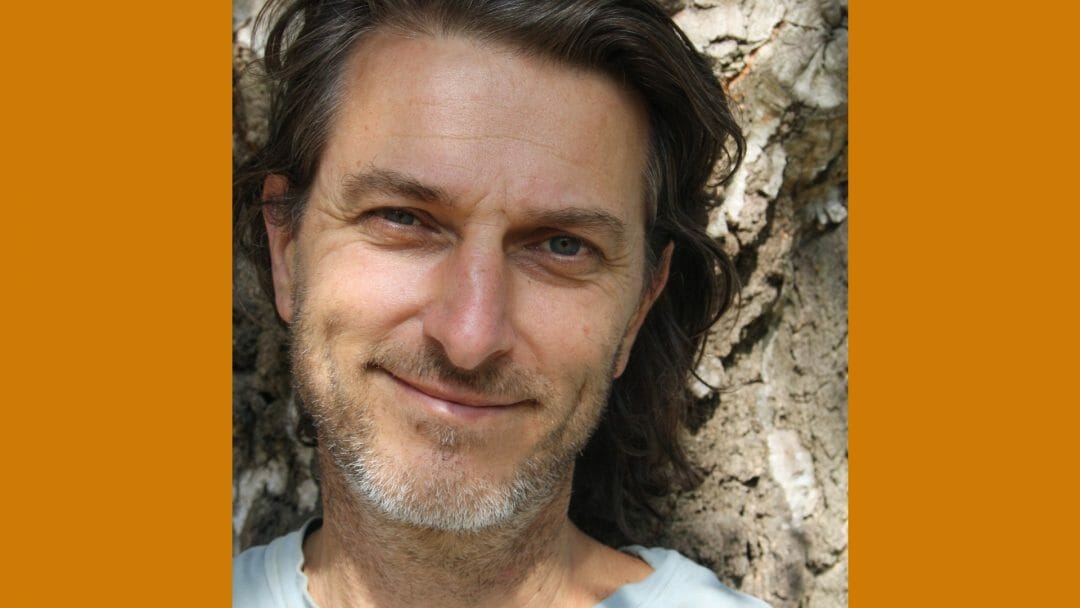 Jonathan Brown is the Artistic Director of Something Underground theatre company, which he formed in 2006.  He has written and directs Of Our Own Making at Tara Theatre. As well as being performer, playwright and director, he has extensive experience working with excluded boys and inmates.

You’re directing your own play Of Our Own Making at Tara Theatre, what can you tell us about it?

Of Our Own Making was originally about the refugee crisis, but after a while it transformed into a play about radicalisation, masculinity, the Iraq war, ISIS and Brexit. It’s about 4 journeying souls (Saif, Amira, Hussan, Micky) who meet and whose agenda’s are all in conflict, but who nearly all exploit the refugee crisis. All the characters have complex stories enabling us to look past the lazy, simplistic portrayals from the press and the politicians, and see into the three-dimensional lives of both those we see in the headlines, and those writing them. Once in full view, we can then ask ourselves what our own part is, in creating “monsters” such as ISIS, the refugee crisis itself, the tabloid press and those who become radicalised.

Why did you want to tell this story?

I have many reasons to tell the story. They include having children who are half German, feeling saddened and disenfranchised by the Brexit vote, and the fears stoked up by the tabloids and by Trump and his family. Hearing people like Gavin Williamson describe radicalised children as “legitimate targets” with no recourse to redemption or understanding. The unwillingness of the west invariably to take responsibility for its own part in the creation of the Syrian refugee crisis, the phenomenon that is ISIS, the tabloid press, or home-grown terrorism.

In June 2016, the refugee crisis was in full flow, the Brexit vote had taken place, and Something Underground had just finished a run of our latest play about the Holocaust called A Good Jew. After our end of run dinner in Brighton, the cast and I stood on the beach facing south over the channel. I suddenly had an image that we were actually a group of refugees standing on the Libyan coast facing north over the Mediterranean. This strong image stuck with me and became the opening scene of what was then called I Refugee. The Paris and Nice truck attacks had also recently occurred and these were strong in my mind. Unbeknownst to us, Trump was about to be elected and his son had recently tweeted, comparing skittles to refugees and how some of them might be poisonous, dangerous and a threat to life. I knew I wanted to write on these themes.

The play is accompanied by free workshops for teenage boys in Wandsworth, why is it important for you to have these running?

A central theme of the play is the vulnerability of isolated young boys to online grooming in all its forms. We wanted to include young people in the process of devising the scenes that depict that, and allow them a chance to explore their own experiences, of isolation, gaming, the online world, and the themes of masculinity. To those ends they’ve worked with the cast and with movement director Helen Parlor (co-choreographer 2012 Paralympics) and with Mark Nightingale (mentor/trainer with “A Band of Brothers”, who mentor youths involved with the Criminal Justice system). The boys have worked super hard and been authentic, open and very creative!

You’re also Artistic Director of Something Underground, what made you want to start a theatre company?

Well now… there’s a question. In 2005 I decided to create a one man show to develop my performance skills, and express my excitement and terror at becoming a father, initially intending to use a prewritten text. But instead I managed to pen my own work, had some fair success (nominated for an award) and from then on, I’ve developed many solo and ensemble pieces, which meant I had to become “a company”. The company is really in my head until each project gets going, when I then build teams to make them happen. Some members of those teams then come back for… more! We’ve won a raft of awards (for writing, and performance), funding from Arts Council England, many great reviews, bursaries, associate artist-hood, and inclusion in the work of various bodies, such as The Fatherhood Institute, and the National Childbirth Trust.

How do you juggle being AD, playwright and director?

Well… I’d say that the AD is the playwright and director. It’s more… How do I juggle the producer, writer, performer, director, theatre teacher, father and home educator roles? The answer is… I don’t have any other life, and I could do with more sleep!

What are you looking forward to most about staging the play at Tara Theatre?

Gosh that’s a hard one. I am SO excited about so many aspects of the play. Being in the beautiful award winning space that is Tara; being bathed in the haunting evocative sounds of international instrumentalist Dirk Campbell (Harry Potter, The Mummy, RSC), who has composed our music for us; working with these brilliantly dedicated actors,  hearing them lift the story off the page and into the audience’s imagination; seeing the work of the workshopped boys come to life on stage; It’s all too wonderful. I also really like my own scenes, between Saif and Mohammed, which depict the slow, painful but also beautiful unfurling of a seemingly hostile man’s soul.

What would you say to anyone thinking about coming to see Of Our Own Making?

Come! Come and meet a radicalised boy, an ISIS fighter, a tabloid journo, a trafficker, drowning refugees, a hardened border guard, a volunteer on a Greek beach, a terrorist, a mother looking for a new home, and a de-radicalisation counsellor.

Expect to be in tears in many places, to be challenged, and to hear the voices of those we’re not used to hearing from. Expect to hear the poetry of death, and loss, the beauty of yearning, and the tenderness of those hoping for a better future. It’s also funny at times, with wry humour bespattered alongside the blood of those caught up in today’s world events. We think you’ll go home moved, and thoughtful. It’s both beautiful and disturbing at the same time. I may over use the word “beautiful”, but this is without doubt a piece where pain and beauty… meet.

Casting Announced for The Eastern Star at Tara Theatre

Lewis Carroll’s Alice In Wonderland Voiced By 159 Actors And Voice...