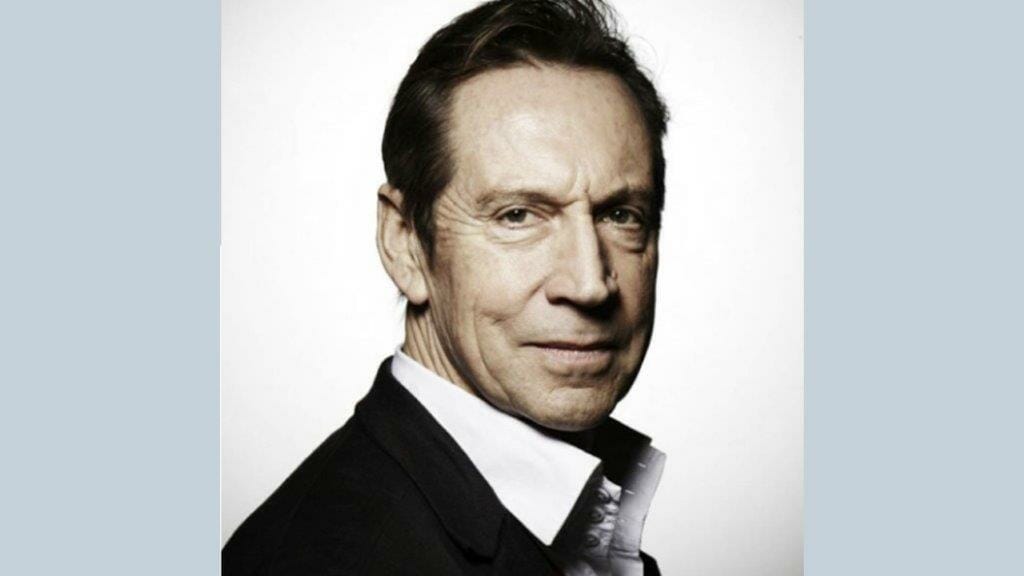 You might know Jonathan Hyde as the butler Cadbury in Richie Rich, or perhaps as Ismay in the James Cameron blockbuster Titanic, but like many big screen actors Jonathan feels right at home on the stage.  His latest role is Brack in Cordelia Lynn’s reimagining of an Ibsen classic, Hedda Tesman, which is currently playing at The Chichester Festival Theatre before transferring to The Lowry in Manchester.

Jonathan says that his career was never mapped out, and he’s never aspired to play any particular role, apart from perhaps King Lear.  He’s enjoyed success in film and television, but it’s theatre which is still the major test for most actors, “I loved doing Julius Caesar in Sheffield, it was the inaugural production of new Artistic Director, Robert Hastie and it was a mixed gender, modern production which was brilliantly put together.”

Earlier this year Jonathan starred in Martin Sherman’s Gently Down The Stream, a play about three generations of gay men, which Jonathan describes as a beautifully written masterwork.  “It was wonderful to work on that play, and we pulled it together in just three weeks, so having a whole five weeks to rehearse Hedda Tesman has been a luxury.”

“It’s an updating of Hedda Gabler,” explains Jonathan, “it is set in England, in the modern day, and in a crumbing Victorian house in need of restoration.  It’s a thriller, as is Hedda Gabler in a way, there’s a rip-roaring narrative that compels attention, what’s going to happen next? The whole story takes place over two days, but an awful lot happens!”

Jonathan says he deliberately avoided reading Hedda Gabler before starting work on this project, for fear it might distract him from Hedda Tesman, but says that there are strong connections to the original, “there’s a 19th Century romanticism to it in some sense, and while a woman trapped in an unhappy marriage might not be so common today as it was then, there are some beautiful ironies woven in to this new production.”

Cordelia Lynn’s writing is one of the reasons Jonathan has been enjoying working on this project, “her writing is rhythmically very precise, her text contains notations that must be followed, every beat and pause is written in, as is the entire rhythm.”  Jonathan confesses it took a little getting used to, but says “I have friends who have seen it and didn’t even notice, because it just flowed so naturally, that’s a huge compliment to the writer.”

Describing his character, Jonathan says he’s played these kind of ‘smoothies’ before, but that doesn’t mean the team didn’t spend time exploring the characters in detail, “director, Holly Race Roughan was really interested to hear our opinions, and that’s really crucial for an actor to be able to do that.  We spent the first week round the table trying to work out who these characters were, as well as who we are as actors, which is very important for the process.”

Jonathan is also enjoying working with his cast mates, “It’s a sweet cast and they are glorious fun, friendly and supportive; everyone is very thoughtful of each other.  Having so much rehearsal time has made a huge difference, because it’s such a complex interplay of characters, and of course we get to witness a towering performance from Haydn Gwynne in the title role, that’s no easy task for sure.”

Hedda Tesman has been running for just over a week in Chichester, and Jonathan is happy with the audience response, “the audiences in Chichester have been wonderful, they are experienced theatre-goers and they know their stuff – I’m sure many of them are very familiar with Hedda Gabler and are very intrigued to see what Cordelia has done.”

Jonathan hopes that younger audiences too will take a risk on a modern version of Ibsen, “they would love it, I’d tell them to come because you’ll be on the edge of your seat, it’s got thrills and spills, quite literally. It’s got deaths and an awful lot of mess, and it’s shorter than a Tarantino movie!”

Hedda Tesman with Jonathan Hyde is at Chichester Festival Theatre until 28th September 2019, and The Lowry 3rd – 19th October 2019.

Interview: Joyce Branagh on The Thunder Girls at The Lowry

Review: Gently Down The Stream at The Park Theatre