Inspired by interviews with real online drug vendors, Alex Oates’ Silk Road is about the freedoms and danger of an unrestricted Dark Web and its impact on a teenager finding his way in the world.

We caught up with Josh Barrow, who makes his West End debut as Bruce, to find out more.

What can you tell us about Silk Road (How to Buy Drugs Online), which comes to Trafalgar Studios in August?

It’s not simply an instruction manual on ‘how to buy drugs online’, despite what the title may suggest. It tells the story of a young man trying to find his way in a world where everyone around him appears to be better than him at living. It’s a coming-of age story about a nineteen-year-old Geordie lad who after all other expeditions fail him, comes to the realisation that you are going to get nowhere in life not doing what you’re good at.

The piece asks, who are we? What are we doing here? What was I put here to do? And, how can I make the ones I love proud of me? It’s a tale of growing up, lost love, the darkness in ourselves and the lengths we go to to protect those who only want to see us happy.

In truth, Bruce is what I would describe as middle-of-the-road, an inbetweener. He is neither popular nor unpopular, neither intelligent nor dumb; he is simply there. At school, he may be the type to have two friends who prefer each other to him. If Bruce were to knock into you in the corridor, he would promptly apologise, make sure you were alright and set on his way, embarrassed. When in conversation with a pretty female, he would go bright red and think about everything he said wrong for the next two weeks. Honestly, Bruce is all of us, at some point in our lives. Unfortunately for him, the people around are adapting at a far quicker pace than he is. He observes as his friends become successful in their own nineteen-year-old way, he so desperately hunts for the redness in the cheek of a boy succeeding at wooing a girl and sees nothing but an attractive golden shine. Yet still, Bruce remains as just, Bruce. And Bruce depresses him.

Getting to know Bruce was a journey in itself as it shocked me just how lonely he is. He loves his nan, who has cared for him all his life, and yet is still searching for somewhere, something or someone to belong to. An unyielding sense of abandonment follows him everywhere he goes and throughout the play, we see him begin to battle it as an army of one. He wanders from situation to situation rarely finding anything of use but still intent on doing right by his nan. I believe, that even perhaps on a subconscious level, everything he does is for his nan, the only one who has ever stuck by him and therefore deserves to be given the world, no matter what the world may cost.

Silk Road (How to Buy Drugs Online) has been funded in an unusual way hasn’t it, what can you tell us about that?

Silk Road (How to Buy Drugs Online) is the first Bitcoin-funded play in history. It began in 2014 when writer of the play, Alex Oates, received an anonymous donation of two Bitcoin which has since rapidly increased in value. Believing in the piece, he invested the money he made in other forms of cryptocurrency which he later used to fund the production from its Research and Development stage to its venue debut. After its successful run in Edinburgh, the play came to the London Vaults Festival and also went home to Newcastle’s Live Theatre (a venture both myself and Alex were excited about seeing as we both originate from the North East).

I saw Silk Road a few years back at Edinburgh Fringe, has it changed much since then?

I can’t speak for the process the original actor had, but from a very early stage I was adamant that I didn’t want to watch the recording of the Edinburgh show. I felt as though watching it would give me ideas for characteristics he had found to personalise Bruce to him, even though I knew that mine would be different, I didn’t want external influence dripping into my own practice. Even if it was on a subconscious level.

I have tried to incorporate an innocence to Bruce that I feel the script possesses and after talks with Dominic Shaw (Director), we worked on using the play and the characters within to introduce Bruce to a whole new world of responsibility and consequence. Therefore, a good place to start would be growing up; a subject that is happening to us all, all of the time. The play will mark a year of me being in London and I have to say it has been one of the most thought-provoking, bewildering and beautiful choices of my life. Bruce is a landmark for me so it’s an important lesson for him to teach me and me to teach him that everything always changes and it’s how you deal with it that defines the person you’re going to be.

You’re on stage alone for the whole show, how do you psyche yourself up for that?

I begin by reminding myself that Bruce is universal. He is an embodiment of the battle we all fight to find contentment, even if that means acknowledging the darkness we all have in us. And ultimately, we fight this fight alone. Silk Road would not work as well as it does if it was anything more than a one-man-play. Bruce has to embody all of the characters in the story as they all have such a profound effect on the shaping of the man he becomes, he has to feel what it’s like to live and breathe as them so he learn to understand and in some cases, whether he likes it or not, respect them.

My personal process for psyching myself up to go onstage is physical exercise in the space without an audience there. I find that breathing in a room allows you to feel comfortable in the walls around you. I imagine to a spectator I would look hilarious, dancing around flailing my arms and legs to whatever music track I choose, but making myself look like a fool in an empty somehow helps with the confidence I need to do it in a full one. Getting a sense of the area you’re in by relaxing into it helps, I do the same in auditions.

Do you think the existence of the ‘dark web’ will surprise audience members?

I think a presentation of the dark web is made in a way that allows an audience to keep an impartial mind. In terms of the extracts where Bruce is informing the audience of how Silk Road works, it is written in a way that neither condones nor chastises. It simply presents a point of view without ramming one side down the audience’s throat; what I believe any good play should do.

Keep in mind that it is not the intention of the piece to present the dark web or Silk Road the website in any bad light. Alex was very careful in his writing to respect the point of view of the people who have an inside knowledge. He spoke to customers and vendors alike and has done a very good job of keeping their words honest, as a company we invite the audience to do the same.

How have you been preparing for your West End debut?

It’s difficult to pin-point exactly how you prepare for something like this. Something I found very intense about the last run was the demand for maintained physical stamina as obviously, being onstage alone for an hour embodying numerous different characters is incredibly physically demanding. I have made changes to my diet and am striving to keep on top of my physical fitness.

As an actor, I find it healthy to maintain the mentality that every job I do is a further step in the right direction to where I want to be. The Vaults run of Silk Road was my first proper acting job after signing with my agency, since then, everything I’ve done I have thought of as a new skill learned and with everything I do I always look for the lesson in it. To be part of the process for a play like Silk Road that I have seen grow to heights that at one point appeared as a distant dream, I am honoured and humbled to be asked to bring the piece back and I can only hope that the new audience will enjoy it as much I have enjoyed working on it.

Silk Road (How to Buy Drugs Online) is at Trafalgar Studios 7th  August to 1st  September 2018. 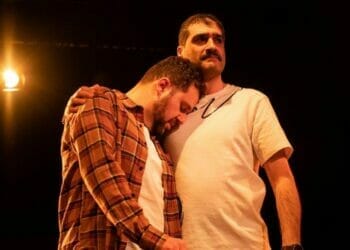 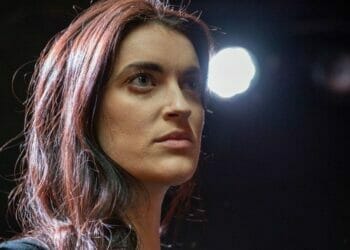 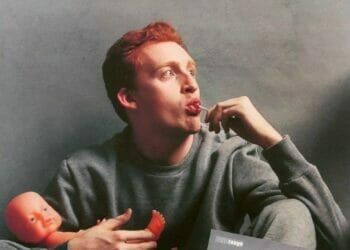 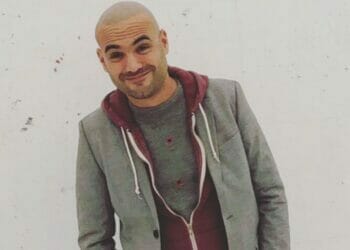