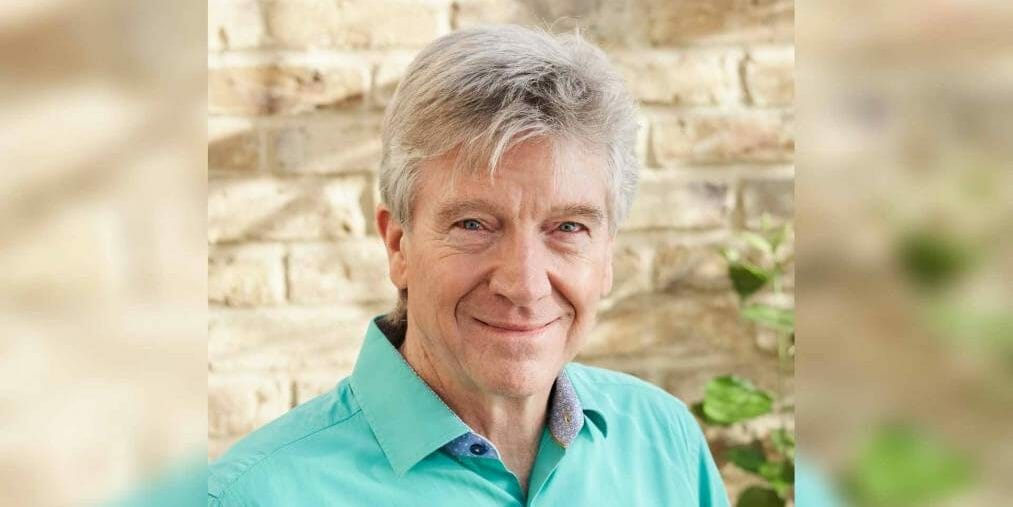 Ken Rea talks to us about his bestselling book The Outstanding Actor: Seven Keys to Success, which is published in a new edition by Methuen Drama. This second edition incorporates up to date interviews with actors and creatives, a foreword by former student Lily James, and for the first time, Rea shares some of his key techniques with HD video recordings.

Drawing on Ken Rea’s 40 years’ teaching experience and research, as well as interviews with top actors and directors, The Outstanding Actor identifies seven key qualities that the most successful actors manifest, along with practical exercises that help nurture those qualities.

The Outstanding Actor: Seven Keys to Success by Ken Rea is on sale here*

You’ve just released a new edition of your book The Outstanding Actor: Seven Keys to Success, what can you tell us about it?

I’ve always been fascinated by success – what are successful actors doing that others are not? – and in this new edition I’ve brought everything up to date with new research, new exercises and new interviews.

Certainly, I’ve discovered that there are habits you can adopt that will help you to do better work and have a more successful career. So, The Outstanding Actor sets out to reveal what those things are and how to do them.

This covers both onstage and offstage. It’s not just a matter of being adventurous in the rehearsal room. You’ve got to get the job in the first place and that’s where a lot of people fall down because they’re not bringing the right energy into the audition.

What initially inspired you to write the book?

I really wanted to see if I could find and pass on the formula to acting success. Over the past 40 years I’ve taught over 2,000 actors around the world and some of my students at Guildhall, such as Ewan McGregor, Orlando Bloom, Jodie Whittaker or Daniel Craig, had lucky breaks that led to an extraordinarily successful career.

So, I started to look more closely at their habits – what they brought to the work. I also spoke to great actors at the top of their game, such as Judi Dench, to find what they were doing that made them so powerful on stage or screen. There were certain qualities and traits these people had in common. I then narrowed it down to the seven most important ones: warmth, generosity, enthusiasm, grit, danger, presence and charisma. Together, these add up to the mark of a great actor.

Why does now seem like the right time to release a new edition?

Since the first edition came out, five years ago, such a lot has happened in the theatre and film industry. This means that, as an actor, you’ve got to be able to adapt to these changes and use them to your advantage.

Take the MeToo movement, for example. Those in power are going to be very careful these days about treating young actors – men as well, as women – respectfully. And one of the other positive things to come out of that is the growing use of intimacy directors to choreograph sex scenes. Actors are telling me that this gives them more freedom to give directors what they are after.

Or, take the Black Lives Matter movement. Film, television and theatre producers are now looking for more diversity in their casting. Actors of colour told me there’s still a way to go, but they’re pleased that such a difference has been made. Another result, by the way, is that the drama schools are now recruiting students from more diverse backgrounds in order to bring new energy into the industry.

And what about social media? Actors are finding that when they let it take over their lives, it’s affecting their mental health. Therefore, it has to be used wisely. These are all things you need to know about in order to succeed in the business. So, I recorded new interviews with actors, such as Lily James, Hayley Atwell, Paapa Essiedu and many more, to get their views and ask their advice.

This edition features some new technology, what made you keen to do that?

I was preoccupied with the question: how can you learn acting from a book? Clearly, it needs to be more than just words. With the latest technology available, I wanted to see if I could give readers the impression of actually being in one of my masterclasses.

So, I worked with a group of professional actors, all former students of mine, and took them through about 20 exercises, while a production crew filmed it, using two cameras. When it was edited together, the results were very exciting because you can see the actors using these exercises to make a visible difference. You’re watching the whole process.

I also chose a balance of exercises that you can do by yourself at home, as well as in a group. But the really exciting thing is that, having watched these exercises, you can then be your own coach by recording yourself doing them on your mobile phone or laptop. You can play that back and see the difference. If the technology is out there, we might as well use it to our advantage.

How do you think the pandemic will affect actors and theatre professionals in the long term?

The immediate effect is that almost all actors are feeling out of practice because they simply haven’t had a chance to do any acting. And consequently, their confidence can go down very quickly. One long term effect of this is that unfortunately, more actors and other theatre professionals will decide to just leave the profession.

But those who keep going may become the most resilient generation of actors we’ve seen for ages because they’ll be more focused on why they really want to be an actor, why that’s important to them and what they can bring to the profession.

The question is: what can you do today to be one of the survivors? My advice is to keep working at your skills and don’t let up the pace. Commit to an hour or even half an hour every day. Think of yourself as a working actor – present tense. What could you be better at? What skills are you lacking? What would make all the difference to your success? Record the exercises on your phone and play them back to monitor your progress. But keep going because that’s what separates successful actors from those who don’t succeed. It’s a choice.

Who do you think would benefit most from reading The Outstanding Actor: Seven Keys to Success?

I wrote this book mainly for professionals who want to step up to the next level but may not know exactly how to do that. Often, actors have stumbled on success and weren’t sure how they got there, or how they might sustain it. The Outstanding Actor sets out to give you a road map. Sometimes, actors are managing, but are feeling stuck because they’re not getting the jobs they dream of. The book gives you practical tools that can put you more in charge of your destiny. And of course, a lot of younger actors, still at drama school have found the book very valuable.

Interestingly, many people from the business world have also got a lot from The Outstanding Actor because they need to know the secrets of presence and charisma if they are to influence their teams and clients. Every leader wants to have stage presence in a presentation, but not many of them understand how to do that. I wanted to show them how.

The Outstanding Actor: Seven Keys to Success by Ken Rea is available to purchase on Amazon* 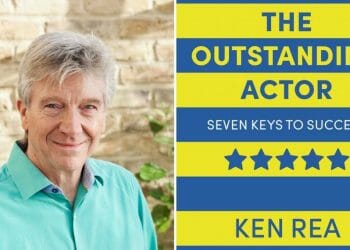