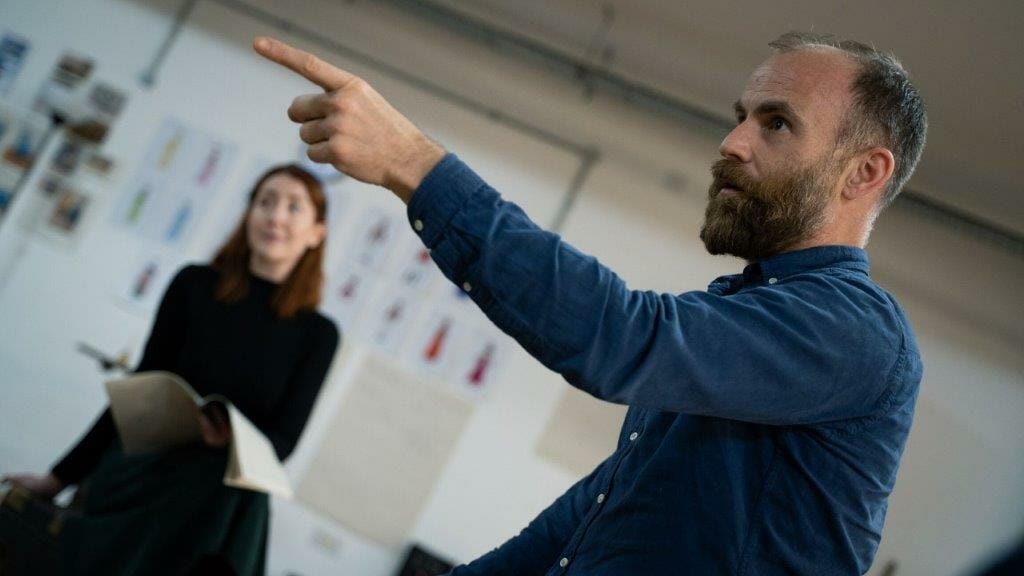 Laurie Sansom, the new artistic director of Northern Broadsides talks to us about his inaugural production – a rare revival of the J.M. Barrie classic play Quality Street opening in Halifax in February 2020 followed by a UK tour.

Laurie Sansom was previously the Artistic Director of the National Theatre of Scotland, directing The James Plays trilogy in an unprecedented collaboration with the Edinburgh International Festival and the National Theatre (Southbank) and touring round the world.  Previously he was Artistic Director at Royal & Derngate, winning the inaugural Stage Regional Theatre of the Year in 2010, TMA Best Director, and producing a trilogy of new adaptations of classic plays as part of London 2012’s Cultural Olympiad.

Quality Street, a revival of J.M Barrie’s farce, opens in Halifax, the home of Quality Street. Barrie’s play was so popular in its day that it gave the chocolates their name.  More information about the production and tour can be found here.

You’re bringing J.M. Barrie’s Quality Street to Halifax and on tour, what can you tell us about it?

I wanted a show that delivered a really good night out and brought people together for a good laugh at a time when the country felt at loggerheads with itself. When I chose Quality Street, I wasn’t prepared for what I encountered. The first act is almost too familiar. We’re in a quaint Regency town in 1805, a group of genteel ladies are reading a gothic romance and gossiping about a possible proposal. But Barrie’s purpose comes into focus in Act Two, and we soon recognise its central character Phoebe as a strong and spirited woman pushing against the social codes of her day as she sets out to teach her erstwhile lover Valentine Brown a lesson he’ll never forget.

It’s genuinely funny, full of twists and turns, but the slam dunk was when I discovered the UK’s most popular sweets were actually named after Barrie’s play, with the tins still featuring the play’s leading characters. That sealed the deal.

This is your first production as Artistic Director of Northern Broadsides, what made you decide to choose Quality Street?

The Quality Street chocolate connection is exciting, but more interesting is that the Quality Street factory is in Broadside’s hometown of Halifax – the purple letters glitter down over the train station’s platform – and as I also knew I wanted to celebrate Broadsides as one of Halifax’s cultural gems, it was the first of Barrie’s plays I picked up.

What do you think will be the biggest challenge of staging this play?

One of the unique features of Broadsides is that it takes the same production to venues of many different shapes and sizes. We try to plan as much as we can how the set will sit in each venue, but it’s really down to our technical team on the road to adapt it as it tours, and for the actors to adjust to playing large traditional theatres to intimate theatres in the round. As long as the production is robust, and the acting work is rooted and specific, then the actors soon get used to the different dynamics in each theatre. In fact, it’s one of the things that keeps the show fresh and alive for the entire five months of the tour. What seems like a challenge ends up being a really fascinating part of the project.

Tell us about the “Creation Squads” who will be involved in this and future Northern Broadsides productions?

This production marks the beginning of our new model of making work. Each Broadsides show will be created in collaboration with a Creation Squad of local people, and on this occasion, it was clear who we had to work with. Throughout rehearsals we have worked with people who between them have hundreds of years working within the Quality Street factory, sharing stories about thwarted love affairs, messy relationships and growing old disgracefully, and their take on the place the factory has had in the life of the town and how things have changed beyond recognition over the years.

Next year we will be producing a new adaptation of a major classic that will be developed in collaboration with teenagers in schools from Leeds, Halifax and Bradford that explores the power of teenage girls to disrupt authority and elitist institutions.

We hope that this new model of co-creating work with local people will transform the stories we tell together, re-invent how we make popular productions of classic plays and discover a new generation of northern artists.

What else can you tell us about the future of Northern Broadsides?

As I say, we are developing a new adaptation of a major classic by a young female playwright in co-production with one of the leading theatres in the region and also creating a programme to support a new generation of diverse playwrights with our partner theatres from across the region.

We’ll also be touring a brand new production of a Shakespeare play the company has not tackled before and plan to be produce a forgotten play by one of the region’s most important female writers starring one of the country’s leading actors.

We will also continue to make work in collaboration with asylum seekers we met through St Augustine’s Centre in Halifax, combining Yorkshire folk songs and stories with musical traditions from around the world, and are about to start a new poetry project that will take place in the homes of South Asian women in Kirklees and Dewsbury.

What would you say to anyone thinking of coming to see Quality Street?

It’ll be the same Broadside’s trademark wit and bold storytelling, with some playful nods to the famously brightly coloured and shiny sweets from the Halifax factory that bears its name.